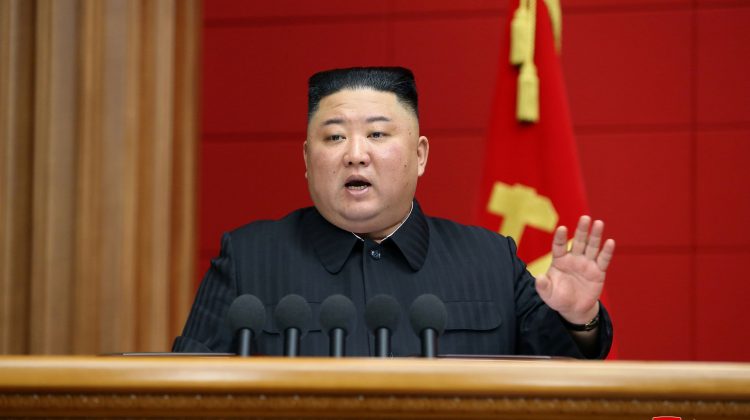 North Korea’s leader Kim Jong Un has reportedly acknowledged that the food situation in the secretive country is troubling amid reports of food shortages and inflated prices for basic goods.

Addressing a plenary meeting of the central committee of the ruling Workers’ Party of Korea, Kim said “having a good crop is a militant task our party and state must fulfill as a top priority issue to provide the people with a stable life and successfully step up socialist construction,” the Pyongyang Times reported.

The comments at the plenary meeting, which began on Tuesday and continues through the week, mark a rare admission of problems by the Communist regime that has traditionally not publicly admitted to any issues within the country.

There is no independent media in North Korea with state media used as a mouthpiece for the regime. Media outlets instead extol the virtues and wisdom of Kim Jong Un, the “Supreme Leader,” and the Kim dynasty. Any comments made by Kim are diligently recorded and reported.

Kim’s comments come amid reports of soaring prices for foods and basic goods in North Korea with the crisis exacerbated by the coronavirus pandemic and typhoon in 2020. NK News (an independent North Korea news service that’s not based in the country) has reported the price spike, with a source in the country reporting examples of shampoo selling for $200 per bottle and a kilogram of bananas for $45.

North Korea has few allies globally and has relied on China (its largest trading partner) for much of its imports, but the shutdown of its border with China during the pandemic has led to food and fuel shortages. North Korea’s agricultural sector has always been vulnerable to typhoon season in the region and has been hit by regular flooding in recent years.

Leading the Workers’ Party plenary meeting this week, Kim alluded to economic difficulties but insisted the situation was improving.

Kim said that “the conditions and environment for the revolutionary struggle have become worse upon entering this year but the country’s economy has shown improvement as a whole,” the state-run Pyongyang Times reported.

Putting items on the central committee’s agenda, Kim said “directing all efforts to farming this year” and coping with the “protracted nature” of the pandemic, analyzing the “current international situation” and “the issue of stabilizing and improving the people’s living standards” and the party’s childcare policy were all top priorities, state media said.