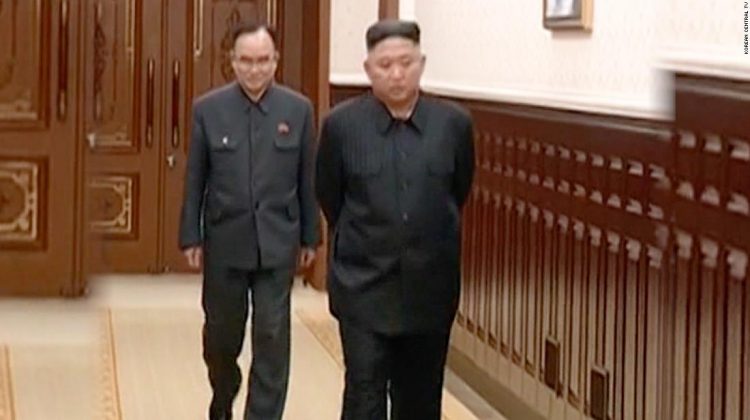 Kim has been shown in North Korean state media looking noticeably thinner in recent weeks, surprising and befuddling many experts who study the country. Pyongyang has not officially acknowledged any changes to Kim’s weight or health, so the interview amounts to the most official confirmation to date of the secretive North Korean leader’s sudden change of appearance.

The unnamed individual told a reporter from KCTV, North Korea’s state-run television network, that “the people, including myself, were most heartbroken when we saw the respected General Secretary (Kim Jong Un’s official title) looking gaunt … everyone says it brought them to tears.”

It’s unclear who the interview subject is, why he was chosen or if his opinion is truly representative of the majority of people in Pyongyang. But it is unlikely the segment did not receive some sort of official blessing, given that all media aired in North Korea is approved by government censors.

However, the interview appears to have aired just once, meaning it’s also possible the piece simply slipped through the cracks. North Korea often reruns or recycles newscasts instead of constantly producing live programming.

Kim’s health is a closely guarded secret in North Korea, whose leaders are notoriously paranoid about the possibility of an impending invasion or regime change. The country is still technically at war with the United States and South Korea, and North Koreans are taught from an early age to believe the two capitalist powers are still actively plotting the demise of the communist North.
Kim and his family are treated like modern deities in North Korean state media, and his image is carefully crafted by Pyongyang’s propagandists. Even discussing rumors about his health can get a North Korean in trouble with the state’s security services, experts say.
Though rare, North Korean state media has acknowledged Kim family health issues in the past. Kim was reported to be experiencing “discomfort” during an unusual disappearance from the public eye in 2014.
When Kim’s father and predecessor, Kim Jong Il, died of a heart attack in 2011, state media attributed it to “overwork” from “dedicating his life to the people.”

Cheong Seong-chang, a North Korea expert at the Sejong Institute near Seoul, said it’s possible Pyongyang chose to publicly acknowledge Kim’s apparent change to “say that this is not a big deal.”

But Cheong said North Korean propagandists may be trying to frame the current leader’s state as a product of his efforts to improve life inside a country that’s reportedly struggling to feed its people.

“North Korea could be trying to sell people on the idea that Kim Jong Un is losing weight because he is overworking himself to make people’s lives better in North Korea,” Cheong said.

Right now, the situation inside North Korea appears grim. Kim opened an important political meeting earlier this month by acknowledging the country’s food supply is strained and “getting tense.”
The agriculture sector is still recovering from storm damage incurred last year. Replacing domestic food supplies with imports will likely be difficult because borders remain mostly closed due to Covid-19 restrictions. Exports from China, North Korea’s biggest trade partner, tanked by 90% in May from the previous month, according to official statistics from Beijing, though it’s unclear why.

Kim did not disclose the scale of the shortages, but the Food and Agriculture Organization of the United Nations (FAO) recently estimated North Korea is short of approximately 860,000 tons of food, or equivalent to just over two months of nationwide supplies.

Prices of some staple goods in Pyongyang have reportedly skyrocketed. Experts say rice and fuel prices are relatively stable but imported staples such as sugar, soy bean oil and flour prices have gone up.

Residents told CNN that non-staple items such as a small packet of black tea can sell for around $70, while a packet of coffee can cost more than $100.