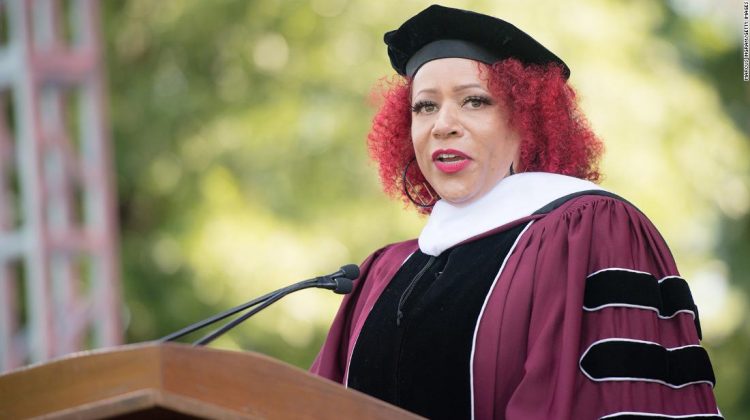 Hannah-Jones had agreed to a five-year contract with the University, but according to the letter to the University, “since signing the fixed-term contract, Ms. Hannah-Jones has come to learn that political interference and influence from a powerful donor contributed to the Board of Trustees’ failure to consider her tenure application.”

The letter continues, “under these circumstances, any appointment of Ms. Hannah-Jones without tenure is unacceptable.”

UNC-Chapel Hill Vice Chancellor of Communications Joel Curran responded to a CNN request for comment with the following statement: “The University has been contacted by attorneys representing Nikole Hannah-Jones. While this remains a confidential personnel matter, as Chancellor Guskiewicz has said publicly, we feel she will add great value to the Carolina campus.”

In April, UNC announced that Hannah-Jones would in July join the Hussman School of Journalism and Media as the Knight Chair in Race and Investigative Journalism.

But last month, it was revealed that her appointment didn’t come with tenure, a break with tradition for that position. Instead, Hannah-Jones was offered a five-year teaching contract. The university’s board of trustees made the decision — one notably at odds with the recommendation of the journalism faculty and tenure committee.

The official reason the board gave for its decision was that Hannah-Jones was a “non-academic,” according to the Washington Post.
Critics say the decision made little sense since the chair to which she was appointed was designed to attract professional journalists rather than scholars.

In addition to her master’s degree, which she earned at UNC’s journalism school, Hannah-Jones has racked up awards that include the MacArthur Foundation Fellowship (known as the Genius Grant) and the Pulitzer Prize.

This year she was elected to the American Academy of Arts and Sciences.