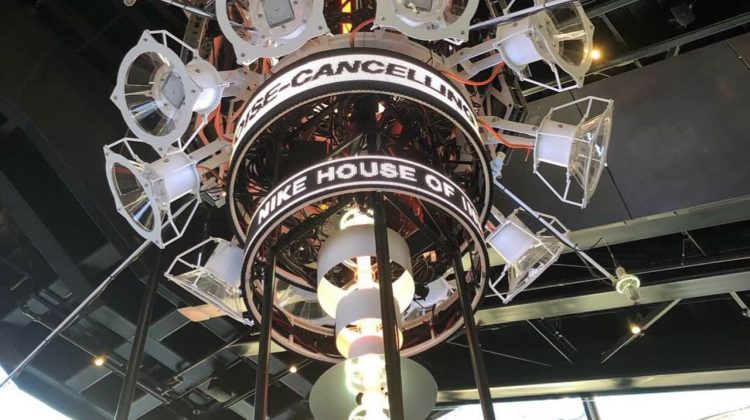 Nike (NKE) – Nike reported quarterly earnings of 93 cents per share, well above the 51 cents a share consensus estimate. Revenue beat forecasts by a wide margin and exceeded $12 billion for the first time. Nike benefited from pent-up demand for its shoes and apparel, and saw a 73% jump in direct sales through its apps and websites. Nike shares soared 12.5% in the premarket.

CarMax (KMX) – CarMax shares rallied 5.9% in premarket trading after the auto retailer reported better-than-expected sales and profit for its latest quarter. CarMax beat the consensus estimate by $1 a share, with quarterly profit of $2.63, helped by a pandemic-induced preference for cars over public transport.

Virgin Galactic (SPCE) – Virgin shares surged 11.5% in the premarket after the Federal Aviation Administration granted approval for Virgin to fly paying customers into space. It’s the first such approval granted by the FAA, and follows a successful test flight by Virgin Galactic in May.

FedEx (FDX) – FedEx beat estimates by 2 cents a share, with quarterly earnings of $5.01 per share. The delivery service’s revenue also topped forecasts. CEO Fred Smith said operations are being crimped by an inability to find enough workers, however, and the company will ramp up capital spending by 22% this year to deal with delivery delays. The stock slid 3.9% in premarket trading.

Tesla (TSLA) – Japanese electronics giant Panasonic sold its entire stake in Tesla for about $3.6 billion during the most recent fiscal year, according to a Panasonic spokesperson. Panasonic was an early investor in Tesla, and is a major battery supplier for the automaker.

Netflix (NFLX) – Netflix rose 1.3% in the premarket following an upgrade to “outperform” from “neutral” at Credit Suisse. The bank said it expects subscriber growth to normalize and that its recent consumer survey reinforced Netflix’s strong competitive position.

JPMorgan Chase (JPM), Wells Fargo (WFC), Bank of America (BAC), Citigroup (C) – Big bank stocks are on watch today after the Federal Reserve gave passing marks to all 23 banks that were subjected to the latest round of stress tests. Following those results, the Fed said it would lift temporary restrictions on dividends and share buybacks.

Twilio (TWLO), Asana (ASAN) – Twilio and Asana have agreed to list their shares on the Long-Term Stock Exchange, a Silicon Valley-based operation that is designed to focus on long-term investing. They will continue to list on the New York Stock Exchange as well. The two cloud software companies were early investors in the Long-Term Exchange. Asana jumped 3.3% in premarket trading.

Credit Suisse (CS) – Credit Suisse is mulling various overhaul plans including a possible merger with rival European bank UBS (UBS), according to people familiar with the bank’s thinking who spoke to Reuters. Credit Suisse rose 1.2% in the premarket.

Doximity (DOCS) – The social network for doctors saw its stock slide 3.9% in the premarket, after going public at $26 per share and closing its first day of trading at $53.