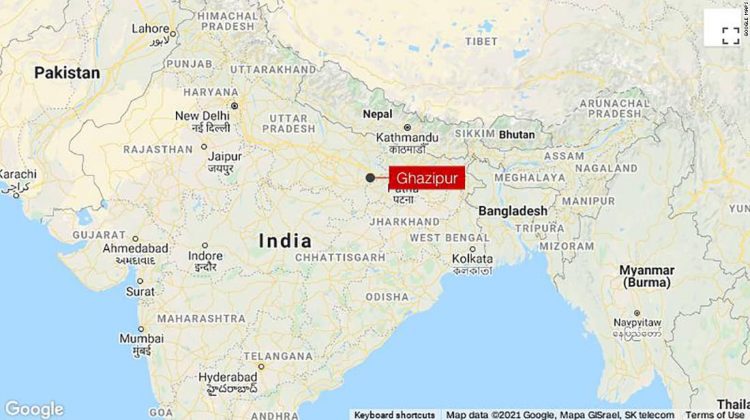 Local boatman Gullu Chaudhary was near the Dadri Ghat river bank in Ghazipur city on Tuesday when he heard the cries of a baby, police say. He followed the cries to a box in the water, where he found a baby girl wrapped in a red cloth.

The box also contained the child’s astrological birth chart, indicating her age, some incense sticks, and an image of the Hindu deity Durga.

The police were then alerted, and the baby was taken to a local district hospital.

“The investigation on where the child’s parents are is still ongoing,” said Ghazipur police superintendent Omprakash Singh. “It is hard to say how and why the baby is in the box.”

He added that authorities had nicknamed the child “Ganga,” after the name was found written on a piece of paper inside the box. Ganga is the Hindi word for the Ganges River.

Yogi Adityanath, the state’s chief minister, praised the Chaudhary’s rescue of the girl. “As a token of our gratitude to the boatman, he will receive benefits from all eligible government schemes,” he tweeted in Hindi.

He also added that the state government would “make complete arrangements for the upbringing of the newborn baby girl.”

Child abandonment is a punishable crime under section 317 of India’s penal code — but has been a long-standing problem in India, especially toward girls, hundreds of thousands of whom die each year from neglect linked to gender discrimination.