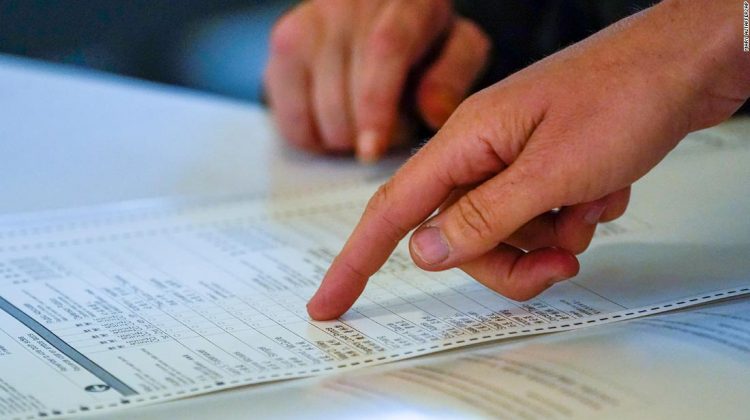 Some reflections that came up: “Overwhelming,” counterproductive for smaller down-ballot races, and generally a “sh-tshow.” But also: A sense of opportunity and, for the first time ever, a feeling of obligation to do some research about the races that aren’t getting top news billing.

(I attempted several person-on-the-street interviews with strangers in my Brooklyn neighborhood, an activity that was equal parts fruitless and humiliating — the only people who actually spoke to me, or even offered anything beyond panicked and brief eye contact, were a Finnish journalist and a volunteer for city council candidate Brandon West.)

Instead of having to choose just one candidate, New Yorkers can rank up to five in the primary races for mayor, comptroller, public advocate, city council members, and borough presidents. While New York is not the first American city to use this method, it’s the largest one, and how it rolls out will be a model for the nation — for better or worse.

This means that the city should take critiques of this first ranked-choice election into account, and build an even better process next time.

Ranked-choice voting has the potential to radically reshape American elections, and how we think about casting our ballots. In primary races especially, many voters report casting their ballots strategically, rather than voting for who they actually like.

Our current system allows a candidate to win simply by getting the most votes, but not a majority, meaning that voters with similar policy preferences can nevertheless find themselves divided and badly represented if their votes are split between two or more candidates. Ranking, on the other hand, allows every voter to list who they would find acceptable, in order, giving everyone a greater say and ideally settling on the candidate who is the most preferable to a majority of the electorate.

The big problem is an information gap. The mayoral race has been well-covered enough that most folks I’ve talked to had a sense of their top three, if not the full five. But when it comes to comptroller, Brooklyn borough president, and open city council seats, there’s far less clarity, and far less of an ability to differentiate in a liberal city where many of the candidates boast impressive resumes and solid progressive bona fides. Even high-information voters who have done at least a little research say they’re struggling to know how to rank their picks.

I’m one of them. And if a CNN columnist who writes regularly about politics is having a hard time, I would bet average New Yorkers — whose jobs are mostly not in politics — find it even more overwhelming. And that’s mostly what I’m hearing: While most folks support ranked-choice voting, it requires doing a lot of homework, and even then, we largely feel inadequately informed. The hope that ranked-choice voting would cut down on strategic decisions in the polling booth also seems misplaced, as progressive New Yorkers in particular wring their hands over whether to put Andrew Yang or Eric Adams (or neither) in the fifth slot — if it comes down to two men you don’t support, who do you dislike the least?

That’s not a case against ranked-choice voting. And while it is certainly a case for a better system of educating the voting populace on the candidates’ experience and what each of them stand for, it’s hard to ask our city institutions to do much more. Our local publications from The New York Times to The City to New York 1 have done a truly excellent job of disseminating information about the various races and candidates. And the city itself mails a voter guide to every household with a registered voter in it. And besides, no one is required to rank five candidates — if folks want to fill in the bubble next to only their top pick, like they used to, they’re welcome to leave the other four slots blank.

The challenges with ranked-choice voting are a reminder that democracy is imperfect and often messy. In the best-case scenario, ranked-choice voting pushes at least some New Yorkers to spend more time researching candidates and considering their votes, making them more engaged citizens, and also encourages more under-represented New Yorkers to run for office. In the worst-case scenario, voters are as uninformed as they might be in any given election, and pick a candidate based on limited but useful information — who has endorsed them, perhaps — or on a totally random affinity (“I just liked her name”). Even in the worst case, voters are annoyed and confused, but the result isn’t fundamentally different; in the best case, there are tangible benefits.

One more of those benefits: The results are going to come in slower. That may sound like a bad thing, especially coming from a newshound who, like most politics-watchers, wants to know the results as soon as humanly possible. But maybe it’s not such a bad thing to orient ourselves away from the play-by-play coverage of elections that treat them like a sporting event, and toward patience, a fairer process, and greater potential for voters to register their desires if they so choose.

Tuesday I’ll be doing something new: Going to my polling place with a piece of paper in hand, listing my ranked candidates (there are too many to remember them all). It’s been a lot of homework — too much, if I’m being honest, and I’m still nervous I’m missing a lot of important information. But I also feel more engaged in the political machinations of this city, my home for most of the last 20 years, than I did in any previous local election. And that feels worth the work.