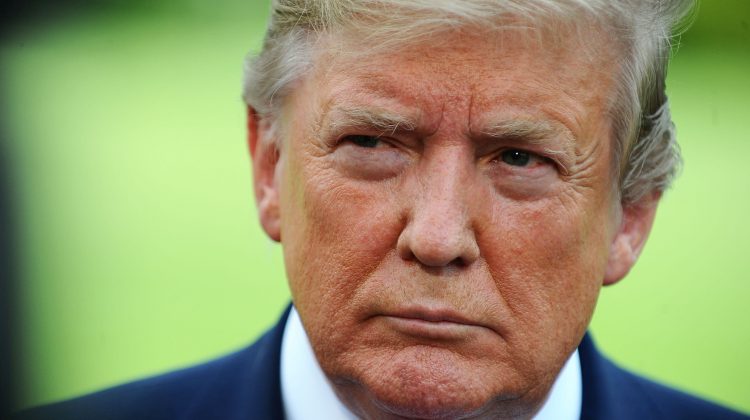 President Donald Trump speaks to the media before departing the White House in Washington.

New York prosecutors have told lawyers for former U.S. President Donald Trump they must respond by Monday with any last arguments as to why criminal charges should not be filed against his family business, the Washington Post reported on Sunday.

The Post, citing two people familiar with the matter, said the deadline was another strong signal that Manhattan District Attorney Cyrus Vance and New York Attorney General Letitia James are considering criminal charges against the company as an entity.

On Friday, the New York Times reported that Vance could announce charges against the Trump Organization and its chief financial officer, Allen Weisselberg, as soon as next week.

A lawyer for the company did not immediately respond to requests for comment. A spokesman for Vance declined to confirm the reports or to comment on them.

Any criminal charges would be the first in Vance’s probe into Trump and his business dealings.

Legal experts have said an indictment against the Trump Organization could bankrupt the company by undermining its relationships with banks and other business partners.

Vance’s office has said it was investigating “possibly extensive and protracted criminal conduct” at the Trump Organization, including tax and insurance fraud and falsification of business records.

It is possible that no charges will be brought.

Vance’s probe nevertheless could complicate any return to politics by Trump, who has lost some of his ability to communicate publicly after being permanently banned from Twitter and suspended for two years by Facebook.

Court filings and records subpoenaed in the investigation show that Weisselberg and his son Barry have received corporate perks and gifts worth tens or hundreds of thousands of dollars in their years associated with the Trump Organization.

If they failed to account properly for that money on tax returns and other financial filings, they could be in legal jeopardy, legal experts have said.

James’ office has been investigating whether the Trump Organization inflated the values of some properties to obtain better terms on loans, and lowered their values to obtain property tax breaks.