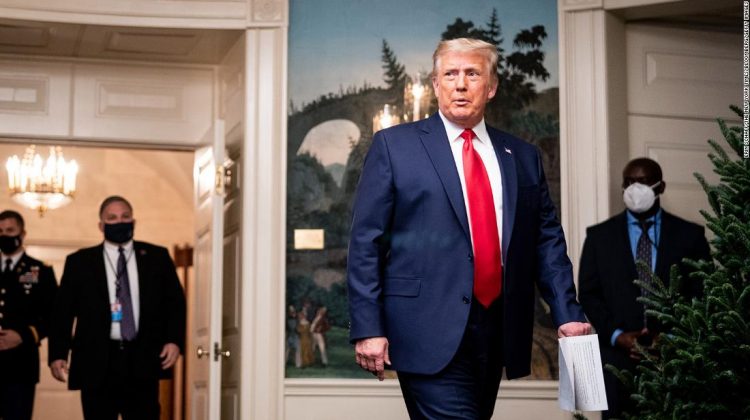 The research was conducted by the Democracy Fund, a nonpartisan foundation that studies voter attitudes toward democratic institutions and works to strengthen democracy in the US.

Their polls found that after the election, a supermajority of Republicans backed Trump’s efforts to overturn the results: 86% said his legal challenges were appropriate, 79% said they weren’t confident in the national vote tally, and 68% said Trump really won. Another 54% said Trump should never concede, and a plurality said state legislatures should override the popular vote.

This set the stage for Trump, GOP lawmakers, and right-wing media outlets to continue pushing the lie that the election was “rigged,” which Trump did yet again in a press release this week.

Additionally, only 34% of Trump voters said they would accept Biden as the legitimate president, according to the post-election polls. That pales in comparison to similar surveys conducted by Gallup after previous controversial elections — 68% of Al Gore voters in 2000 accepted George W. Bush’s legitimacy, and 76% of Hillary Clinton voters in 2016 accepted Trump’s as president.

The organization was among the first to raise the alarm last summer about the potential for unprecedented political violence if the 2020 election was disputed — warnings that became a reality with the January 6 attack on the US Capitol. They released the new polls as part of a series of reports about the manufactured “crisis of confidence” in US elections.

Robert Griffin and Mayesha Quasem, the researchers behind one of the reports, said the polls “suggest that voter confidence in the 2020 election was indeed different — and that continued doubts about election integrity among many Republicans raise concerns about the future.”

A plurality of Republicans said it would be appropriate for GOP state lawmakers to assign electoral votes to Trump in states that he lost — which is exactly what Trump was pressuring state and local GOP officials to do during the presidential transition, as his defeat settled in.
Republican governors and state lawmakers ultimately refused Trump’s demands, which set the stage for the Trump-backed riot at the Capitol while the electoral votes were being counted.

In the wake of that attack, congressional Democrats have tried to pass expansive new voting rights laws. These efforts, so far, have failed. Meanwhile, GOP-run legislatures in battleground states like Texas and Georgia have passed new laws that roll back some access to the ballot.

The new polls found that the stage for these restrictive laws was set after the election, which prompted most Republicans to hold skewed perceptions about the prevalence of voter fraud.

On the other hand, only 2% of Biden supporters said after the election that there had been “a lot of fraud” in mail-in voting or in-person voting. These people also expressed strong confidence in the overall results — and their confidence soared after Biden won, according to the surveys.

The online surveys were conducted by the Democracy Fund and YouGov shortly after the presidential election on November 3, 2020. Nearly 5,000 people participated in the polls.