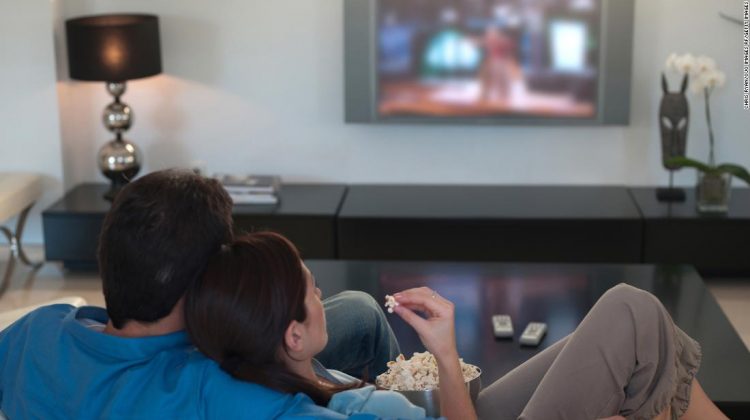 Take a wild guess: What percentage of all monthly TV consumption time is spent watching content on Netflix, the king of all the streamers

The answer, according to Nielsen, is so much smaller: Six percent of TV viewing by American adults happens via Netflix. Another 6% happens via YouTube. Hulu accounts for 3%, Amazon Prime Video for 2%, and Disney+ for 1%. All types of streaming add up to 26% of the American TV diet, about the same as broadcast TV, which accounts for 25%. Cable TV is 39% of all TV consumption. A 9% sliver of “other” viewing, including VOD and DVD players, rounds out the pie.

Nielsen is calling the visualization “The Gauge.” Every month the measurement firm plans to show how streaming “stacks up to traditional broadcast and cable television.” The first “Gauge” came out on Thursday, and it supplied an important reality check to the conversations about the future of video, entertainment, news, you name it.

My takeaway: Streaming might take up three fourths of the media world’s attention, but right now it’s only one fourth of viewership time. Streaming might eventually cannibalize everything, but that day is a long way away. But maybe you had the opposite takeaway — perhaps the streaming portion of the pie is bigger than you expected!

The NYT’s John Koblin had the first look at the new Nielsen #’s on Thursday, and notably he spoke with Netflix co-CEO Reed Hastings, who threw his weight behind it. Hastings said Nielsen is “in a good place to referee or score-keep how streaming is changing the US television landscape.” His quotes — “they have incentive to be accurate,” he also said — will go a long way toward making this metric a new benchmark for the industry.
Quoting from Koblin’s story: “Asked about Nielsen’s report that cable and broadcast TV, also known as linear television, continue to dominate viewing habits, Mr. Hastings said he was ‘surprised’ but did not expect it to last. ‘It’s kind of obvious there’s a time frame over which streaming takes over linear,’ he said. ‘At 6 percent per year, it’s not going to be long.'”

“The Gauge” doesn’t tell us anything about the performance of individual shows or movies. And streaming services don’t tell us much, either. So there’s still a lack of visibility into the industry’s decisions. But the dearth of data also makes every occasional glimpse, like “The Gauge,” more important.

Hastings tweeted about the #’s on Thursday and wrote, “Wild that most TV time in USA is still legacy linear. Stream team needs to up its game.” He tagged Jason Kilar, the WarnerMedia CEO, and said “we need you on the board too,” a reference to the fact that HBO Max represented less than 1% of all TV and streaming viewing in May, according to Nielsen, and thus didn’t make it onto the pie graph.
Kilar replied that WarnerMedia “is already on the board strongly in that largest green pie piece,” citing cable brands like TNT, TBS, CNN, HBO, and Cartoon Network. “Proud to serve customers in whatever way they choose,” Kilar wrote. “Fun to also be the crazy fast(est) growing upstart in @hbomax (2 Qs straight of 2.5M+ US sub adds).” That’s the task for entrenched media companies, right? Running traditional TV and streaming on parallel tracks, knowing streaming is the growth track..

Nielsen’s pie chart showcases the difference between active and passive viewership, in my humble opinion. Most streaming consumption is active, meaning, people are choosing a particular episode to watch at a specific time that works for them. Some broadcast and cable TV consumption is active too, but a greater proportion is passive, meaning, people turn it on and watch whatever’s happening. They might leave it on for hours or casually flip between a few favored channels. My gut says that the average family wants both: Sometimes they want to lean in and pick a show (I’m still way behind on “The Handmaid’s Tale”) and other times they want to turn on CNN and leave it on. This is why “The Gauge” is useful: Nielsen is providing a holistic view of a typical TV diet…