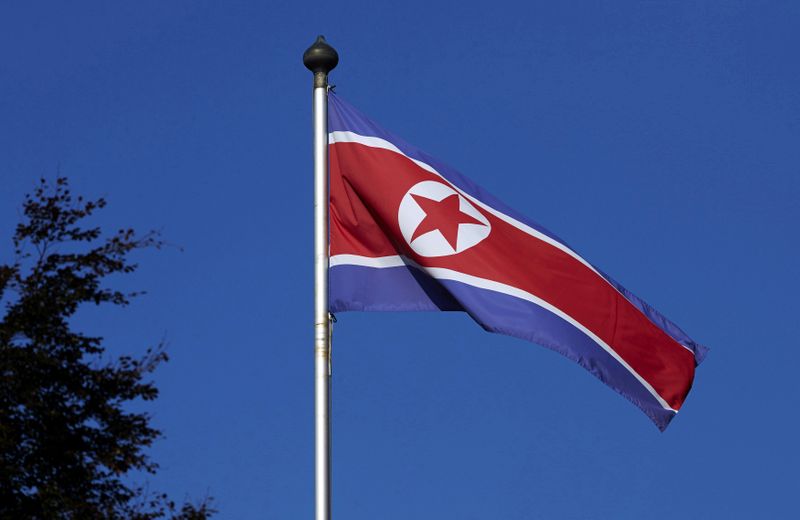 SEOUL (Reuters) – North Korea carried out successful tests of a new long-range cruise missile over the weekend, its state media, KCNA, said on Monday, amid a protracted standoff with the United States over denuclearisation.

The missiles flew 1,500 km (930 miles) before hitting their targets and falling into the country’s territorial waters during the tests held on Saturday and Sunday, KCNA said.

The latest test highlighted steady progress in Pyongyang’s weapons programme amid a gridlock over talks aimed at dismantling the North’s nuclear and ballistic missile programmes in return for U.S. sanctions relief. The talks have stalled since 2019.

Rodong Sinmun, the ruling Workers’ Party’s official newspaper, ran photos of the new long-range cruise missile flying and being fired from a transporter-erector-launcher.

The missile is a strategic weapon that has been developed over the past two years and a key element of a five-year plan outlined in January to advance defence science and arsenals, KCNA said.

The test provides “strategic significance of possessing another effective deterrence means for more reliably guaranteeing the security of our state and strongly containing the military maneuvers of the hostile forces,” KCNA said.

North Korean leader Kim Jong Un did not appear to have attended the test, with KCNA saying Pak Jong Chon, a member of the Workers’ Party’s powerful politburo and a secretary of its central committee, oversaw it.

The reclusive North has long accused the United States and South Korea of “hostile policy” toward Pyongyang.

The unveiling of the test came just a day before chief nuclear negotiators from the United States, South Korea and Japan meet in Tokyo to explore ways to break the standoff with North Korea.

China’s foreign minister, Wang Yi, is also scheduled to visit Seoul on Tuesday for talks with his counterpart, Chung Eui-yong.

Biden’s administration has said it is open to diplomacy to achieve North Korea’s denuclearisation, but has shown no willingness to ease sanctions.

Sung Kim, the U.S. envoy for North Korea, said in August in Seoul that he was ready to meet with North Korean officials “anywhere, at any time.”

A reactivation of inter-Korean hotlines in July raised hopes for a restart of the negotiations, but the North stopped answering calls as annual South Korea-U.S. military exercises began last month, which Pyongyang had warned could trigger a security crisis.