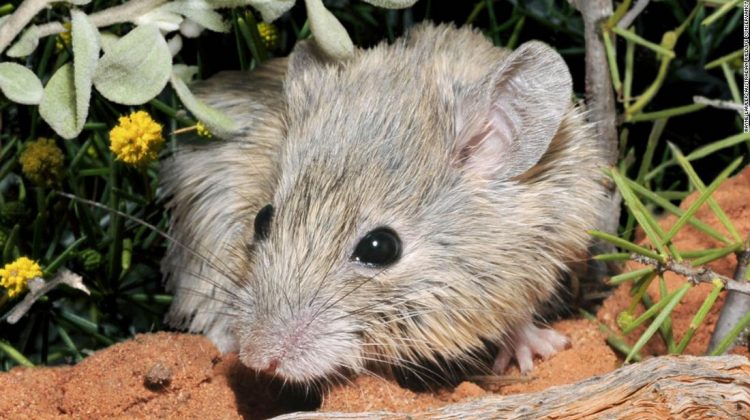 Scientists compared DNA samples from eight extinct Australian rodents and 42 of their living relatives, and discovered that the extinct Gould’s mouse was “indistinguishable” from the Shark Bay mouse.

Researchers were studying the decline of the country’s native species since the arrival of Europeans in Australia in 1788.

The mouse — which will still be known by the common name “djoongari,” or “Shark Bay mouse” — was once found across the country, from south-west Western Australia to New South Wales, but was last seen in 1857. The introduction of invasive species, agricultural land clearing and new diseases destroyed the native species, researchers said, adding that climate change and poor fire management also affected population sizes.

The remaining populations of the djoongari were located on a single 42 square-kilometer (16.2 square-mile) island in Shark Bay, Bernier Island. One small population is not enough for a species to survive, researchers said, so the mice have been taken to two other islands to establish new populations.

“The resurrection of this species brings good news in the face of the disproportionally high rate of native rodent extinction, making up 41 per cent of Australian mammal extinction since European colonisation in 1788,” lead author Emily Roycroft, an evolutionary biologist from the Australian National University (ANU), said in a statement.

“It is exciting that Gould’s mouse is still around, but its disappearance from the mainland highlights how quickly this species went from being distributed across most of Australia, to only surviving on offshore islands in Western Australia. It’s a huge population collapse,” she added.

The team also studied seven other extinct native species, which were found to have high genetic diversity immediately before extinction, showing that their populations were widespread before Europeans arrived.

“This shows genetic diversity does not provide guaranteed insurance against extinction,” Roycroft warned.

More than 80% of Australia’s mammals are endemic, as result of Australia’s long period of isolation from other continents. But the country has what researchers described in a 2015 paper as an “extraordinary rate of extinction.” Meanwhile, a study published in 2019 found that Australia was home to 6-10% of the world’s post-1500 recognized extinctions.

“They were likely common, with large populations prior to the arrival of Europeans. But the introduction of feral cats, foxes, and other invasive species, agricultural land clearing and new diseases have absolutely decimated native species,” she said.

Humans have already wiped out hundreds of species and pushed many more to the brink of extinction through wildlife trade, pollution, habitat loss and the use of toxic substances. The Earth’s sixth mass extinction is happening now, much faster than previously expected — and the rate at which species are dying out has accelerated in recent decades, scientists have warned.
The research will be published in the journal PNAS next month.