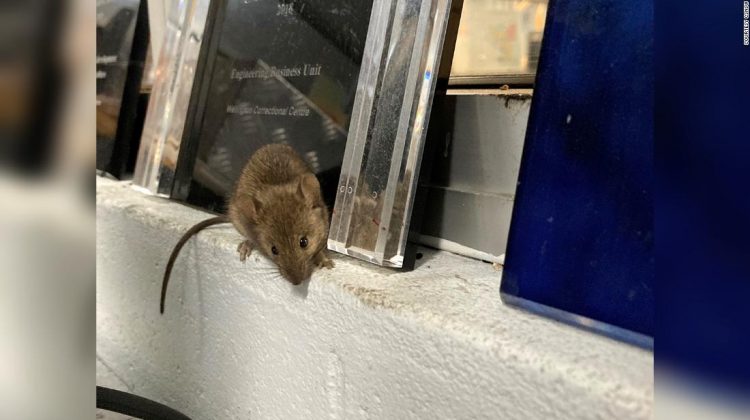 The mouse infestation at the Wellington Correctional Centre broke down parts of the prison building’s infrastructure, damaging internal wiring and ceiling panels.

Corrective Services NSW Commissioner Peter Severin said Tuesday inmates would be transferred to other prisons, and staff would be relocated while authorities battle the infestation.

“The health, safety and well-being of staff and inmates is our number one priority so it’s important for us to act now to carry out the vital remediation work,” Severin said.

The remediation process would also investigate how the prison can be protected from future mouse plagues.

Steve Henry, a researcher with CSIRO, the national scientific body, said the mice broke into the prison as a result of its location in a rural area.

“There are lots of fields with crops around the jail,” he said. “The mice invaded the jail looking for food and shelter as the weather gets colder outside.”

Parts of Australia have been plagued by mice since last August. Since then, rodents have ravaged fields and infested homes, causing millions of dollars of damage to crops and machinery.

But this is not a new phenomenon — the country has been seeing these outbreaks for the past decade. Farmland conditions have become more favorable for a mice invasion, and as a result, farmers have been dealing with significant losses, Henry said.

“One of the things that happens is that the numbers of mice usually drop dramatically in the winter,” Henry said. But this year, farmers are concerned the plague may continue into summer because of the unusually high number of mice compared to past years.

Mice are “carpeting the roads” in rural towns like Wellington this year, said Henry, adding he’s never seen anything like it.

New South Wales saw almost as much rain in 2020 as in the previous two years combined, creating fertile ground for a bumper harvest and ideal conditions for mice.

The state’s government has looked into tools to help farmers in ending the mice plague, including free rodenticide poison and mice-killing chemicals.