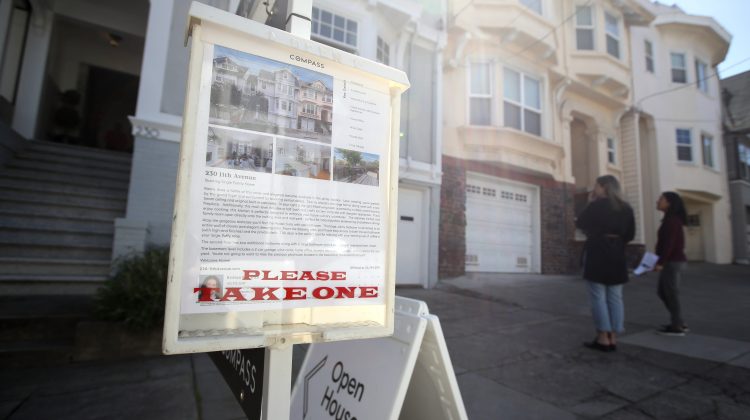 People look at a home for sale during an open house on April 16, 2019 in San Francisco, California.

The average rate on the popular 30-year fixed mortgage moved decidedly higher Thursday, hitting 3.25% according to Mortgage News Daily. That is the highest rate since mid-April.

The move was a reaction to comments made Wednesday by Federal Reserve Chairman Jerome Powell following the central bank’s meeting this week. Fed officials indicated that rate hikes could come in 2023, although they didn’t mention when they would start scaling back their massive bond-buying program.

Mortgage rates even moved higher Tuesday in anticipation of the Fed meeting.

Mortgage rates do not follow the Federal Funds Rate, which was unchanged Wednesday, but generally track the yield on the 10-year Treasury, which moved higher.

Mortgage rates are also affected greatly by the amount of mortgage-backed bonds the Fed purchases. That’s what caught some investors off guard and caused bond yields and mortgage rates to move higher than expected.

The sooner the Fed starts to taper, the sooner mortgage rates move higher, as happened in the last so-called “taper tantrum” in June 2013.

While that may not sound like a lot, it is significant for those looking to save on their monthly payments through a refinance. The general rule of thumb is that if you can’t save at least half a percentage point on your rate, like going from 3.5% to 3.0%, then it’s not worth the costs involved.

Last fall, rates dropped dramatically, and by February of this year, the average rate on the 30-year fixed was at 2.75%. That caused a refinance boom. Already, now, applications to refinance a home loan are 22% lower than they were a year ago, according to the Mortgage Bankers Association. There are now far fewer borrowers who can benefit from a refinance.

As for homebuyers, given today’s sky-high home prices, any move higher in rates is going to not only hit the monthly payment, but may make it harder to qualify for the loan.

“For home buyers, this means it’s a good idea to take a fresh look at your home shopping budget. Run the numbers and know what it means for your search price if rates tick up a quarter point, but keep these worries in context,” said Danielle Hale, chief economist for realtor.com.

“Even if mortgage rates rise, they are not the biggest challenge for today’s buyers, who are still contending with relatively few, fast-selling home choices and record high asking prices,” she said.