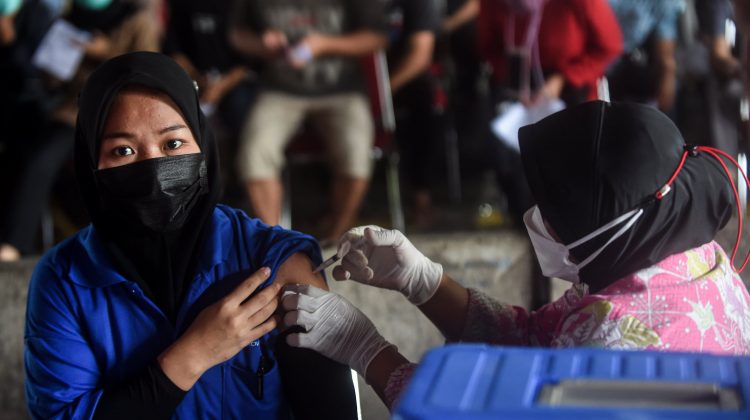 Asian countries have to tame the current waves of the coronavirus outbreak in order to get their economies ready for future rate hikes by the U.S. Federal Reserve, an economist said Monday.

Fed officials last week indicated that interest rate hikes could come as soon as 2023, shifting from earlier comments in March that said the U.S. central bank was not expecting any increases until at least 2024.

Higher U.S. rates would lure investors from abroad, and central banks in other countries may have to raise their own rates in defense. Raising interest rates could help countries prevent too much capital from leaving their economies, but increasing rates too quickly heightens the risk of an economic slowdown.

“Asian countries have to get Covid under control so that once the Federal Reserve does begin raising interest rates, the economies here are in good stead and can manage the transition as well,” Steve Cochrane, chief Asia-Pacific economist at Moody’s Analytics, told CNBC’s “Squawk Box Asia.”

Cochrane predicted that the U.S. central bank might raise interest rates by 25 basis points once every quarter starting 2023. The so-called dot plot of individual Fed member expectations pointed to two hikes that year.

Asian countries have to get Covid under control so that once the Federal Reserve does begin raising interest rates, the economies here are in good stead and can manage the transition as well.

Many economies in Asia including Japan, Taiwan and Malaysia have in recent months seen a renewed surge in Covid cases — which forced authorities to impose stricter social-distancing measures. The fresh waves of infections come as vaccination progress in the region lags that of the U.S. and Europe.

The World Bank said in a report this month that economic output in two-thirds of East Asia and Pacific countries will remain below pre-pandemic levels until 2022. Factors that dampen potential economic growth in those countries include extended Covid outbreaks and a collapse in global tourism, said the bank.

Cochrane pointed out that Covid outbreaks across the region are “staunching” domestic demand and keeping inflation moderate.

The economist said several Asian countries including China, South Korea and Singapore are ramping up Covid vaccinations. “That’s looking good but that has to continue going forward,” he said.

But other countries including Thailand, Indonesia and the Philippines have not effectively controlled the outbreak and don’t have strong vaccination programs yet, added Cochrane.