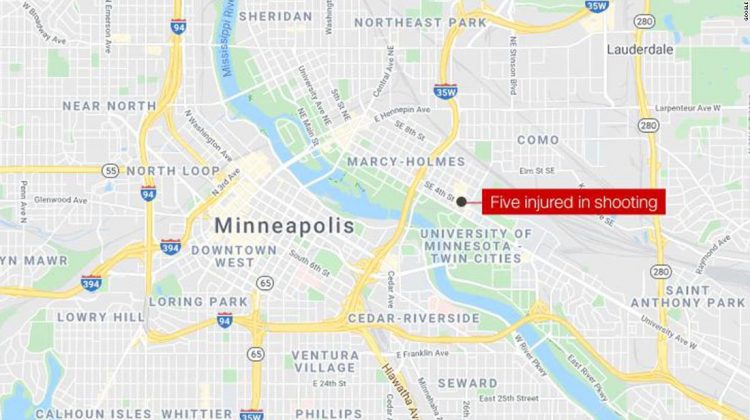 Officers responded at 11:51 p.m. Friday to reports of shots fired in the Dinkytown neighborhood, a spokesperson for the Minneapolis Police Department said in a statement.

When officers arrived, they found three men and two women with gunshot wounds that were not life threatening, police said. Two of the injuries were characterized as “graze” wounds. The victims were taken to a hospital.