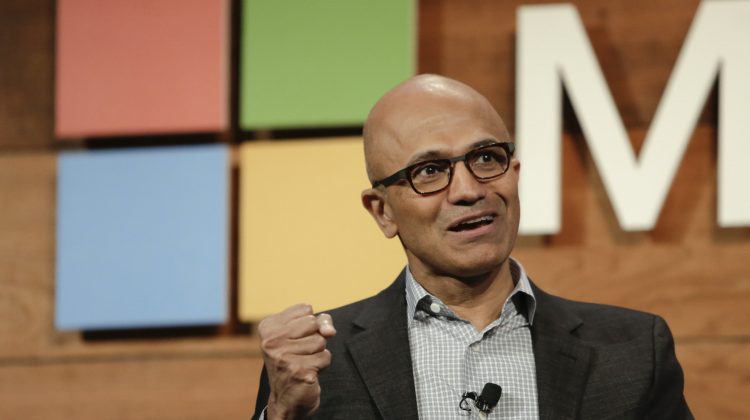 Microsoft on Thursday announced enhancements to its Whiteboard app that will make it easier for multiple people to doodle, leave sticky notes and paste images on a virtual canvas.

It strengthens a component of Microsoft’s Office software that has faced mounting competition during the Covid-19 pandemic. Most corporate workers were forced to work from home as the virus spread, preventing people from brainstorming with physical whiteboards and blackboards in the office.

Demand for Whiteboard has accelerated since the onset of the pandemic. This led Microsoft to add features more quickly, said Nicole Herskowitz, general manager of the Microsoft Teams communication app. Microsoft introduced Whiteboard in 2017 and offered a way for people to use it from inside Teams in 2019.

New cursors in Whiteboard show more clearly what different participants are doing, and people can leave feedback on specific objects by adding thumbs-up, heart and star stickers. A laser pointer lets presenters to highlight components during meetings. Users can also bring to Whiteboard their data stored in blocks called Fluid Components, which can also be accessed within other Office applications. New templates for kanban boards and competitive analysis are available to help people accomplish more in the app.

People can use the updated version of Microsoft Whiteboard while holding Microsoft Teams video calls.

The pandemic made software whiteboards more critical. Okta — which sells software that companies use to provide access to many corporate applications — said in February that between November 2019 and October 2020, start-up Miro’s whiteboard program was the second-fastest-growing app among its customers, behind only Amazon Business. Miro claims to have 20 million users on its website, and its software allows for multiple users simultaneously.

The third fastest-growing app was San Francisco-based Figma, which people use to collaborate on updates to app designs. In April, Figma introduced FigJam, a whiteboarding tool that’s integrated with its main app.