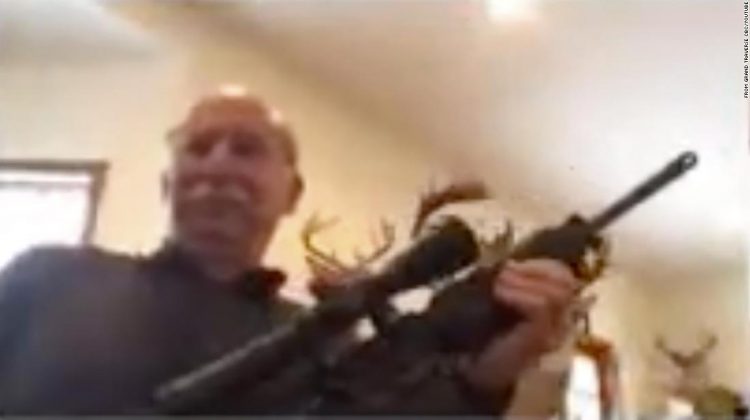 After a “thorough review of the incident,” Nessel’s office found that “Clous’ actions did not amount to criminal conduct given there is not enough evidence to prove malicious intent,” according to a press release.
The January 20 meeting of the Grand Traverse County Commission occurred in the wake of the violent insurrection at the US Capitol on January 6, and after Proud Boys members spoke during a March 2020 meeting about making the county a “gun sanctuary.”
A local woman was speaking to the board, asking the commissioners to denounce the activities of the Proud Boys, a right-wing extremist group. While she was speaking, Ron Clous, the commission’s vice chairman, got up, stepped out of the camera frame and returned with a large rifle, which he briefly held against his chest before putting it down.

“I appreciate the community member who came forward to file this report, and I respect the conclusion reached by my office. I find Commissioner Clous’ action to be reprehensible and irresponsible, but not illegal,” Nessel said in a prepared statement. “While he will not face accountability in a court room, Commissioner Clous’ constituents have the power to make their opinions clear the next time he’s up for re-election.”

Clous told the Traverse City Record Eagle in January that he wanted to show the firearm to convey his full support for the Second Amendment.

“I was going to chime in as well,” Clous said. “I was just going to show the rifle and show that I fully support the Second Amendment, but then I opted not to … I was in my home.”

Clous declined CNN’s request for comment. He is currently serving in his fourth term on the county commission.