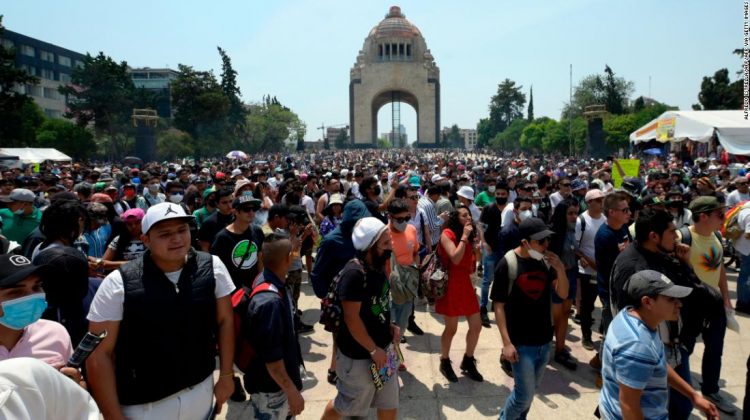 The decisive 8-3 ruling comes after advocates pushed for decriminalization as a means to reduce drug-fueled cartel violence in the country.

The court declared the prohibition of cannabis unconstitutional in 2018, leading lawmakers to move forward on passing a bill.

However, after a bill signed by Mexico’s president Andres Manuel Lopez Obrador struggled to make it through Congress deliberations weeks after the set deadline, the court moved to vote.

Now to legally obtain cannabis, citizens must apply for a permit from the country’s health regulator, the Federal Commission for Protection against Health Risks (Cofepris), the Supreme Court said. Once permitted, anybody over 18 years of age can possess up to 28 grams of cannabis, the Supreme Court ruled.

Before, Mexican citizens were able to access cannabis but only after filing a court injunction.

The use of medicinal marijuana has been legal in Mexico since 2017.

Mexico will also allow the cultivation and harvesting of marijuana plants, after obtaining a permit from Cofepris, a statement from the Supreme Court said.

The court ruled that minors should not consume cannabis and that one should not operate a vehicle or other dangerous activities after consuming it.