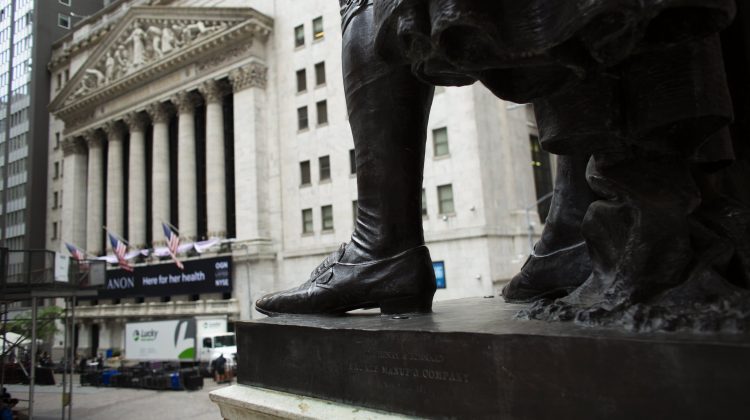 Three men engaged in a brazen scheme to “surreptitiously hijack” and take over dormant shell companies, whose stock they then fraudulently inflated to dump to unwitting investors, according to charges in an indictment that was unsealed Friday.

The men from 2017 through 2019 allegedly used fake resignation letters to seize control of four shell companies, and then used the Securities and Exchange Commission’s EDGAR public filing system and bogus press releases to fraudulently “pump up” their share prices by claiming new business opportunities, the indictment says.

Millions of shares of those stocks, which the defendants had bought in many cases for less than 1 cent per share, then were sold on the over-the-counter market by the men and others for profits of as much as 900%, according to the court filing.

The indictment says that Minnesota residents Miller and Jaberian, as well as a third, unidentified person who is a relative of Miller, actually became the nominal CEOs and presidents of companies targeted in the scam.

Prosecutors believe the men made hundreds of thousands of dollars in illicit profits just from the conduct detailed in the indictment, according to a spokeswoman for the U.S. Attorney’s Office in Minnesota.

The indictment, which was filed in U.S. District Court in Minnesota, was first reported Friday by the Twitter account of Seamus Hughes, deputy director of the Program on Extremism at George Washington University.

Hughes regularly trawls the PACER online federal court filing system for interesting criminal and civil case documents that have not been previously reported.

The Securities and Exchange Commission did not immediately respond when CNBC asked whether the agency had taken any action against the defendants and whether it has made any changes to the EDGAR filing system to prevent its manipulation by alleged fraudsters.

None of the defendants could be reached for comment.

Rajkaran, a resident of Queens, New York, and Guyana, was ordered detained as a possible flight risk after appearing in court in Brooklyn, New York, on Friday.

The other two defendants, Miller and Jaberian, are due to appear in Minnesota federal court on July 2.

While the companies had purported business operations — online data protection services, computer software, debt collection and aerospace, respectively — all were actually dormant shell companies “without any significant operations or revenue,” the indictment says.

The companies all had stopped filing required documents with the SEC and secretary of state offices, but their stocks were traded publicly on the over-the-counter market.

After identifying the quartet of companies, “The conspirators then bought stock in the dormant public shell companies at low prices in the OTC market,” the indictment said.

“The conspirators were able to obtain hundreds of thousands or even millions of shares because the stocks traded at only a fraction of a penny per share.”

In the case of Digitiliti, the indictment said, Miller in September 2017 drafted a fake resignation letter and board minutes falsely stating that the company’s prior CEO had resigned, and that Miller had been appointed president and CEO.

Miller then submitted to the SEC paperwork that falsely identified himself as the new boss at the company, and asked for “the filing codes allowing him to access the company’s SEC EDGAR filing account.”

That in turn “allowed Miller to make public filings with the SEC on behalf of the company.”

The EDGAR system is used by public companies to disclose material events, including quarterly and annual financial results, changes in executive leadership, and sales and purchases of significant amounts of company stock by insiders and others.

“After hijacking Digitiliti, defendant Miller used his control over the company to issue a false and misleading press release on behalf of the company,” the indictment says.

“On or about JuIy 9, 2018, Miller issued a press release falsely claiming that Digitiliti had ‘entered into negotiations with a private company looking to ‘buy-out’ Digitiliti.”

The release also falsely claimed that the private company “has a proven track record of revenue generation and success in a highly desirable market sector,” according to the indictment.

Miller sold his 50,000 shares of Digitiliti three weeks after that.

During the alleged hijacking of Encompass Holdings from June through November 2017, Miller and Rajkaran together purchased more than 40 million shares of the company’s stock at low prices, the indictment says.

Miller, as he did with Digitiliti, claimed in a false resignation letter and board minutes that he had become president and CEO, the indictment says.

Rajkaran then began posting about the company on investorshub.com in an effort “to promote and inflate the price of ECMH stock,” the indictment says.

“For example, he posted that the new CEO was ‘probably worth close to 20 million in real estate holding[s] and construction equipment . . . heard he owns several stripmalls in mn,’ ” the indictment says.

Miller then issued a press release that falsely claimed Encompass “had signed a letter of intent to acquire the assets of DDG Properties that were worth approximately $6.4 million. The press release further claimed that Encompass would be assuming DDG Properties’ gross revenues of $534,000,” according to the indictment.

“None of this was true.”

The stock price rose in reaction to the claims, and Miller shortly after sold 12 million shares of company stock at fraudulently inflated prices, earning a profit of more than 300%, the indictment says.

Rajkaran earned a return of about 150% in profits after dumping more than 34 million shares, according to the indictment.