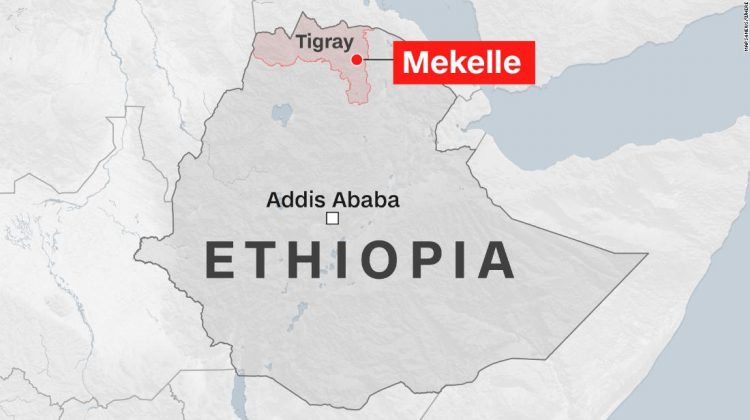 The official spoke on the condition of anonymity due to fear of reprisal from the Ethiopian government.

The news was greeted with cheers in Mekelle, and CNN journalists witnessed as people poured onto the streets in celebration, despite calls for them to stay indoors. Fireworks could also be heard as celebrations carried on into the night.

CNN reached out to both the Tigray Defense Forces and the Ethiopian Government for comment but has yet to hear back.

Fighting between Ethiopian government troops and the region’s former ruling party, the Tigray People’s Liberation Front (TPLF), broke out in November 2020. Troops from neighbouring Eritrea have joined the conflict in support of the Ethiopian government.

Last week, at least 30 people died when a government airstrike hit a busy marketplace in the small town of Togoga, west of the regional capital Mekele, as fighting intensified between Tigray’s ruling party, the TPLF, and forces aligned with Ethiopia’s military, eyewitnesses and medics told CNN.

That airstrike marked one of the deadliest attacks in the eight-month war that has fueled famine, forced millions to flee and severely damaged the reputation of Ethiopia’s Nobel Peace Prize-winning Prime Minister Abiy Ahmed.

A UN official also told CNN that the offices of the International Organization for Migration, UNICEF and the World Food Program were raided by Ethiopian forces around 4 pm local time.

“Members of the Ethiopian National Defense Forces entered our office in Mekele, Tigray, Ethiopia today and dismantled our VSAT equipment,” she said. “This act violates UN privileges and immunities and the rules of International Humanitarian Law regarding respect for humanitarian relief objects.”

UN spokesman Stephane Dujarric joined in on the criticism of Ethiopian forces when asked by journalists at the United Nations in New York.

“We condemn any and all attacks on humanitarian workers and assets and remind again all parties of their obligations under international humanitarian law,” Dujarric told journalists on Monday. “The safety of our staff is a priority and we are doing everything we can to ensure it.”

“All parties must ensure the protection of civilians and that all humanitarian assistance, provided by the United Nations, is provided according to humanitarian principles,” he also said.