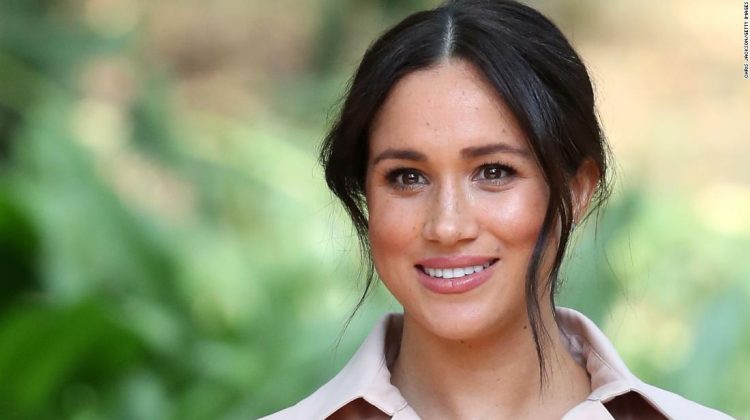 The Duchess said that “growing up, I remember so much how it felt to not see yourself represented,” in an interview with National Public Radio’s (NPR) Samantha Balaban.

“So any child or any family hopefully can open this book and see themselves in it, whether that means glasses or freckled or a different body shape or a different ethnicity or religion,” Meghan said.

While the book opens and ends with depictions of Meghan’s family, there is a diverse range of fathers and sons depicted throughout the story.

“This story that I wrote for my husband and son could really be your story also,” she told the radio station’s children’s book series, “Picture This.”

Earlier this year Meghan and her husband Prince Harry sparked a heated conversation about racism, the British tabloid press and the royal family following their bombshell interview with Oprah Winfrey.

Meghan’s book was published last month. It is inspired by Prince Harry and their son Archie Harrison, and is about relationships between fathers and sons, depicted in quiet moments spent on benches.

Meghan said that “especially in this past year,” against the backdrop of a global pandemic, that “so many of us realized how much happens in the quiet.”

“So, in this story, I’m observing this love between my husband and our son and imagining what it will be as they have more shared moments as our son gets older,” she said.

“From scraping a knee to having a heart broken, whatever it is that they always reset at this bench and have this moment to bond,” Meghan added.

The book emerged from a poem and bench that Meghan gave Harry for his first Father’s Day. The interview, to be aired Sunday, marks the couple’s second Father’s Day.

It was recorded before the birth of their second child, Lilibet Diana, who was born earlier this month.

Their daughter was named after her great-grandmother, Her Majesty The Queen, whose family nickname is Lilibet. Her middle name, Diana, was chosen to honor her late grandmother.

Meghan said award-winning illustrator Christian Robinson included small details in the book that her son Archie would pick up on, and subtle nods to the late Princess Diana.

“We wanted to make sure those were included in there. There’s a lot of, a lot of special detail and love that went into this book,” she added.

Harry and Meghan were married in a lavish wedding at St. George’s Chapel in Windsor, England, three years ago.

They stepped back from their roles as senior working royals last year, relinquishing their HRH titles, and now live in Santa Barbara, California.

NPR’s full article on the interview will be published at 8.00 am ET.