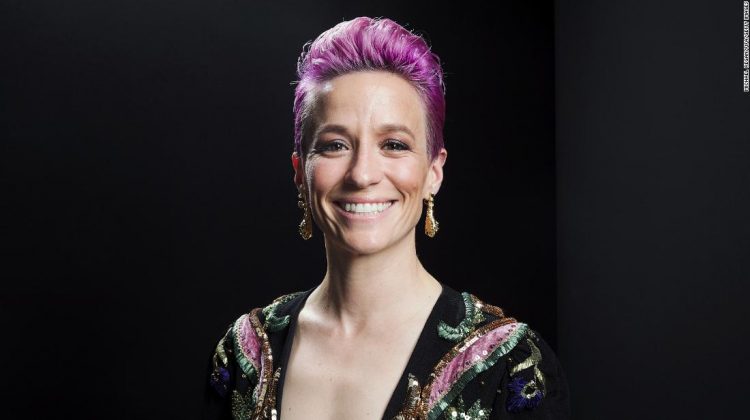 Less than two years after Victoria’s Secret pulled the plug on its star-studded annual fashion show, known for runway looks that combined strappy lingerie with enormous wings, the brand is retiring its supermodel “Angels” for good.

Taking their place is a new group of seven ambassadors, called the “VS Collective,” who are known for their advocacy work in gender equality and body positivity, and who represent a wider range of body types and sexual and gender identities.

The collective — which includes soccer player Megan Rapinoe, actress Priyanka Chopra Jonas and plus-size model Paloma Elsesser — will work on new product lines and multimedia content, as well as supporting women’s causes for the company, according to a press release.

“This is a dramatic shift for our brand, and it’s a shift that we embrace from our core,” said Victoria’s Secret CEO Martin Waters in a statement.

Waters was promoted in February, as Victoria’s Secret’s parent company, L Brands, attempted to sell it off to a private equity firm in a $525 million deal that ultimately fell through. (Victoria’s Secret now has plans to become its own publicly traded company.) On Wednesday, Waters told the New York Times that he doesn’t see the Angels “as being culturally relevant” any more.

Priyanka Chopra Jonas is one of the seven new members of the VS Collective. Credit: Rich Fury/Getty Images

The about-face comes after years of criticism that Victoria’s Secret was promoting dated ideas of femininity and that its collections were made for a narrow range of body types. According to Women’s Wear Daily, the brand had a 19% market share in the US women’s intimate apparel space as of December 2020, down from 32% in 2015. Last year, L Brands announced that it was shutting a quarter of Victoria’s Secret stores, and more followed earlier this year.

“Especially over the last five years, public criticism of Victoria’s Secret’s narrow and exclusive beauty ideals has been building and its sales started to decline,” said Chantal Fernandez, a senior correspondent at trade publication The Business of Fashion, over email. “The rebrand announced this week is the first real significant indication of how VS is trying to move its marketing forward.”

The rise and fall

The intimate apparel brand, founded in 1977, helped shape what was considered sexy in the late 1990s and early ’00s, with supermodels like Adriana Lima, Tyra Banks and Gisele Bundchen pictured smoldering in its home catalog of bras, bikinis, business casual looks and loungewear.

In 2018, Ed Razek, the chief marketing officer for L Brands, faced backlash for a Vogue interview in which he stated he didn’t think the brand’s annual show, which debuted in 1995, should include “transsexuals” — an outdated term deemed offensive by many in the LGBT community. That year’s show turned out to be the last, only drawing 3.3 million viewers compared to 9.7 million in 2013.
The following year, Victoria’s Secret hired its first transgender model: Valentina Sampaio, who now joins the VS Collective. But the overhaul of the brand’s image may be a case of too little, too late, Fernandez said.

“For a long time, Victoria’s Secret set a powerful standard for aspiration and beauty in this country and, globally, that drove billions of dollars in sales and generated a lot of buzz for the company,” she said. “But it was blind to how culture changed over the last decade, especially in the post-MeToo era. Today’s shoppers want to see themselves in ads, and they want to know that brands have some kind of value system that aligns with theirs.”

In 2015, Kloss parted ways with Victoria’s Secret after two years as an Angel, telling Vogue in 2019 that she left because she “didn’t feel it was an image that was truly reflective of who I am and the kind of message I want to send to young women around the world about what it means to be beautiful.”

The company now faces a competitive and increasingly inclusive market, with brands like American Eagle’s Aerie and Rihanna’s Savage X Fenty positioning themselves as the remedy to Victoria Secret’s narrow demographic — and others, like ThirdLove and CUUP, aiming to redefine bra-sizing entirely.

“(Customers) have more alternatives than women did in the ’90s and early 2000s,” Fernandez said, though she noted that Victoria’s Secret still has the means to stay ahead of the pack.

“Victoria’s Secret still has the largest market share in the US and very high brand recognition, and if they can evolve their product and distribution as well, they may be able to grow quickly again,” she said, adding, “It’s going to require more than just an interesting group of spokeswoman.”