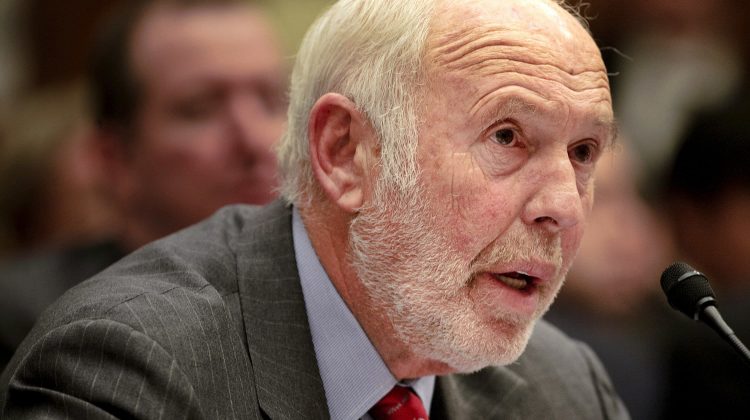 Billionaire and Democratic megadonor James Simons has hired a new team of lobbyists as he seeks to influence a federal government now led by President Joe Biden.

Simons supported Biden during the 2020 election.

Simons founded New York based hedge fund Renaissance Technologies, and Forbes lists his net worth at around $24 billion. Simons and his wife combined gave more than $26 million to Democrats during the last election cycle, including major contributions to super PACs backing Biden. Simons also spent millions on efforts to maintain Democratic control in the House and flip the Senate blue.

Breaux and Lott work at Crossroads Strategies, a Washington D.C. based lobbying shop, with corporate clients including American Airlines, AT&T, Alphabet, ByteDance, Dell, Merck and Morgan Stanley, according to data from the nonpartisan Center for Responsive Politics [CRP]. The firm so far this year has made over $5 million in lobbying fees, CRP data shows. In 2020, the lobbying office brought in just over $16.5 million.

While assistants for Breaux and Lott did not respond to emails seeking comment, Breaux did praise Biden in a November interview with a local Louisiana newspaper. “He didn’t operate in the make-believe world. He understood people and their needs for their states,” Breaux, a former Louisiana senator, said in describing Biden’s work in the Senate.

Crossroads Strategies is Simons’ first lobbyist hire since Biden became president. The group registered to lobby for Simons in May, according to the document. Prior to the Biden administration, Simons and Renaissance Technologies have previously retained other lobbying firms, with much of their focus on tax related issues.

Though the Simons lobbying report doesn’t show how much he plans to pay Crossroads, the registration form notes that the influencers plan to at least initially target a bill titled the United States Innovation and Competition Act of 2021. The bill, which was originally introduced by Senate Majority Leader Chuck Schumer, D-N.Y., establishes a “Directorate for Technology and Innovation in the National Science Foundation (NSF),” the legislation’s summary says.

“The goals of the directorate shall be, among other things, the strengthening of U.S. leadership in critical technologies through basic research in key technology focus areas, such as artificial intelligence, high performance computing, and advanced manufacturing, and the commercialization of those technologies to businesses in the United States,” the summary explains.

Simons and his foundation have been investing in science and math related projects for years. The foundation’s website lists program areas of mathematical and physical sciences, life sciences and forms of computer science through their Flatiron Institute. The foundation’s annual report shows that going into 2021, the group had over $4 billion in assets. His hedge fund has been known to make quantitative investments.

A spokesperson for the foundation declined to comment on Simons’ recent hire and noted that the foundation did not hire the group from Crossroads, but did point to the executive’s passion for supporting science and math.

“I can, however, confirm that Jim Simons has a deep passion for supporting the enhanced funding of both math and science research and recognizing and rewarding outstanding high school STEM teachers at the high school level nationally,” Anastasia Greenbaum, a communications director for the foundation, told CNBC in an email on Friday.

A call to Simons’ family office was not returned before publication.