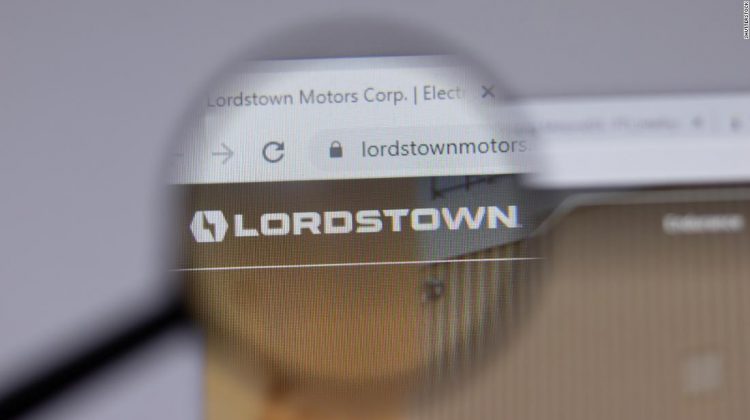 Nate Anderson, founder of Hindenburg Research, has made a name for himself in the past few years by targeting companies that he thinks are overvalued and have suspect financials. In other words: looming stock market blowups resembling the infamous German zeppelin that crashed in New Jersey in 1937.

CNN Business spoke to Anderson about why he’s trying to find stocks that will go down instead of up, as well as criticism of him and other short sellers who profit from the drops in share prices.

“It’s tougher to find things that are undervalued since the market has been flooded with money,” Anderson said. “It’s been a long time since we’ve had a really sustainable downturn or correction.”

Anderson is most known for going after electric truck company Nikola last year. More recently, Hindenburg has targeted fellow EV startup Lordstown Motors as well as fantasy sports company DraftKings.
These three companies, as well as others Hindenburg has focused on, have all vehemently denied most of Anderson’s allegations.
But Nikola has since admitted that it’s being probed by the Securities and Exchange Commission, and Lordstown recently announced the abrupt resignations of its CEO and chief financial officer.

All three of these companies have something in common: They went public through mergers with blank check special purpose acquisition companies, or SPACs.

This has become an increasingly popular way for companies to go public, instead of the more rigorous initial public offering process. Anderson is skeptical of SPACs for that reason.

“If you have solid financials and think your prospects are good you typically go public though the traditional route. SPACs tend to be highly speculative,” he said. “I’ve yet to see a SPAC that I think is a good one but I am trying to keep an open mind. If I see a good SPAC deal, I would be pleased.”

Anderson has a history of looking for financial problems. He worked for market data firm FactSet as well as several hedge funds before starting Hindenburg in 2018. He said he was often attracted to looking for frauds, money laundering and Ponzi schemes.

“I always had this passion for digging and investigating,” Anderson said. “I’m very focused on deep-dive research.”

Hindenburg has five full-time staffers, including Anderson, that often spend up to three to six months researching a stock before they release a report about it. The company also brings in consultants occasionally to help for more specialized cases, particularly with Chinese stocks.

Because Hindenburg doesn’t employ an army of workers, Anderson said the company has decided to focus more on smaller and mid-sized companies instead of trying to figure out if a widely held megacap tech stock is worth shorting.

No real reason to recommend shorting the FAANGs or Tesla

Hindenburg isn’t going to add any value to the conversation by being yet another company to look at Tesla, for example.

Hindenburg’s deep dive into smaller companies leads it create to extensive reports explaining in painstaking detail why it is recommending a short position on a specific stock.

Anderson said the company tries to be as meticulous as possible so that other investors and financial reporters can replicate Hindenburg’s findings.

Criticism comes with the territory

Still, that hasn’t stopped naysayers from accusing Hindenburg of trying to push stocks lower with its research reports in order to make a profit. That’s because Hindenburg often takes a short position of its own in stocks it critiques and stands to make money if the stock goes down.

Someone on Reddit’s WallStreetBets board said in a post earlier this year that “Hindenburg Research is another short seller that spews nothing but slander.”
There are also petitions on Change.org from investors of firms Hindenburg has published reports on who want the SEC to look into Hindenburg for fraud — including one from backers of Ideanomics (IDEX), a US financial tech firm with a big business in China, that has more than 12,000 signatures.

Anderson takes the critiques in stride.

“Most people want stocks to go up and humanity is very tribal. You see that with politics and sports. And it’s in the markets with bulls and bears. People become enemies instead of just someone with a different opinion,” he said.

“Some investors will have a visceral reaction to negative coverage. I don’t agree with the criticism, but i support the right to be critical,” he added.

But Anderson is worried about how high the broader market and the stocks Hindenburg is focusing on in particular have run up lately. There are too many investors who apparently believe that “this time is different” and that certain stocks will never go down. That attitude never ends well, he said.

“There is this permabullishness you see in manias,” Anderson said. “People can’t fathom that we are genuinely bearish on the companies that they love.”