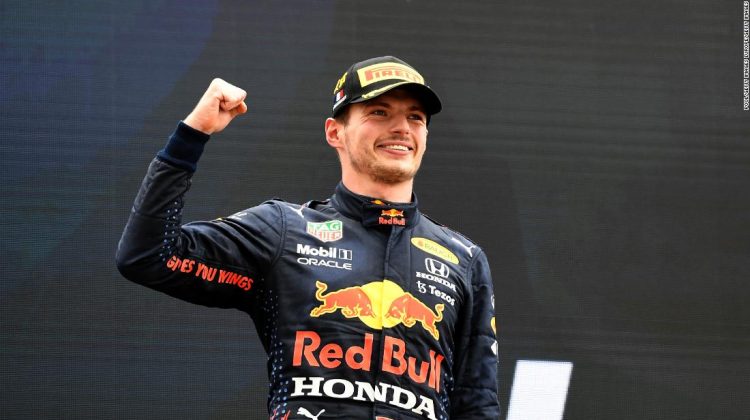 Verstappen overtook Lewis Hamilton with little over a lap to go at Circuit Paul Ricard, his Red Bull team having opted for two pit stops during the race while Hamilton and Mercedes pitted just once.

It meant the Dutch driver was quicker in the closing stages, overtaking Mercedes’ Valtterri Bottas on lap 44 before setting his sights on Hamilton.

Red Bull’s Sergio Perez, who also pitted twice, completed the podium behind Hamilton as he overtook a frustrated Bottas in the closing stages.

While Mercedes will rue only pitting its drivers once, Red Bull profited from superior tactics and secured its first double podium of 2021.

“When we made the call to do the two-stop, luckily at the end that paid off. We had to work hard for it,” Verstappen, who picked up his third win of the season, told ESPN.

The victory moves Verstappen 12 points ahead of Hamilton in the overall standings and also marked a third consecutive race win for Red Bull.

“We’ve got to find some pace, that’s for sure,” defending champion Hamilton told ESPN.

“You’ve seen that most of the time we lost today was just on the straights. We’ve got to definitely dig deep and find out what that is.”

Although Verstappen started in pole position, he quickly lost his lead to Hamilton at the start of the race as he went off the track at turn two.

But the drivers’ first pit stops proved to be a crucial moment as Hamilton, who pitted after his rival, was undercut by Verstappen on lap 21.

Verstappen pitted again on lap 34 to hand the lead back to Hamilton, but it transpired to be an astute move by Red Bull, whose cars were far quicker than Mercedes on fresher tires in the closing stages.

Chasing the first championship title of his career, Verstappen now has 13 wins to his name. The F1 season resumes next weekend with the Styrian Grand Prix in Austria.