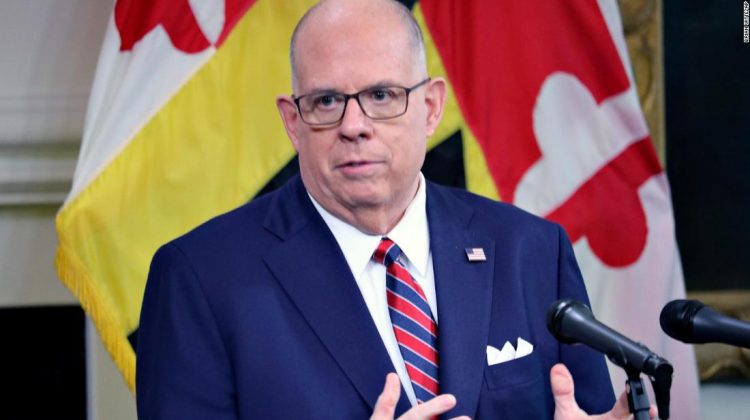 The new figures released on Monday follow the state’s announcement last year that it had uncovered a vast operation using identity theft to commit coronavirus unemployment insurance fraud, after the federal government provided an historic expansion of the unemployment benefits system as a result of the Covid-19 crisis. Since the start of the pandemic, more than 1.3 million unemployment insurance claims investigated by the state have been confirmed as fraudulent, according to a release from the state’s Labor Department.

CNN has reached out to the Maryland Department of Labor for more information on the potentially fraudulent claims.

As CNN previously reported, a surge in fraud across the country began last year after Congress enacted a historic expansion of unemployment benefits, beefing up payments and opening the program to new categories of jobless Americans. At the same time, the unprecedented economic downturn prompted a flood of unemployment claims that overwhelmed state agencies, which struggled to quickly send money to those out of work and desperate. Criminals took advantage of the chaos.
Hogan announced earlier this month that his state would end enhanced pandemic federal unemployment benefits, starting July 3, a move he said he was making due to rising vaccination numbers and worker shortages. Republicans and some business owners around the country have argued the extra money disincentivizes work.
RELATED: Here’s how Democratic states are pushing people to go back to work

“As the economy recovers and states across the country continue to opt out of the federal benefits programs, bad actors are becoming more brazen and aggressive in their attempts to exploit unemployment insurance programs than ever before,” Maryland Labor Secretary Tiffany Robinson said in the statement.

She added: “I strongly encourage all Marylanders to remain especially vigilant in the coming weeks to protect themselves against scams and identity theft.”

Criminals and scammers — including sophisticated, international crime rings — have been attracted by the enhanced weekly payments authorized by Congress, including the $600 boost paid from April through July 2020 and the $300 boost that’s been paid since the end of December. Prior to the pandemic, unemployment benefits were typically not that generous and, therefore, not as much of a target.

Identity theft became a huge issue, with criminals filing for benefits using other people’s information. Most state agencies were not prepared to deal with this type of fraud since they usually encounter fraud involving ineligible people trying to file for benefits.

Additionally, states reduced their verification controls and processes during the pandemic in an effort to get money out the door to the crush of struggling Americans. A program Congress created to provide benefits to those who don’t typically qualify, including freelancers, the self-employed and independent contractors, was a particular target because the federal government and states allowed claimants to self-certify their employment and earnings — unlike eligibility for traditional state benefits, which has to be verified through an employer.

CNN reported last July that the vast Maryland operation using identity theft to commit coronavirus unemployment insurance fraud was on the order of more than half a billion dollars. That operation involved more than 47,500 fraudulent claims, which were discovered after the state saw what it described as “an unusual increase in out of state, federal pandemic unemployment assistance claims.”

CNN’s Tami Luhby and Kristen Holmes contributed to this report.