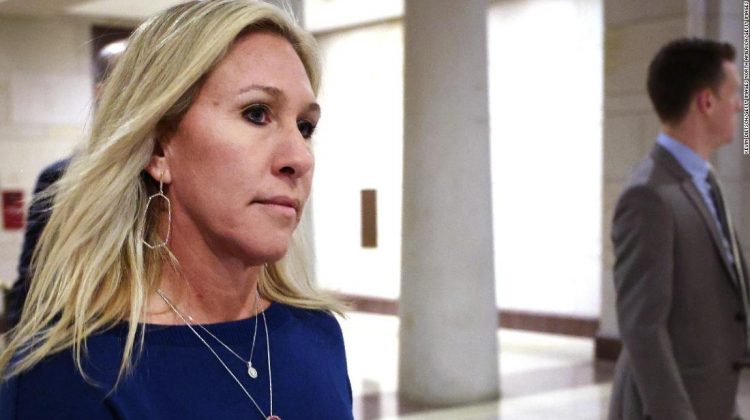 “Sure. She should put me on the committee. That would be great,” Greene told CNN.

Greene’s interest in a seat on the select committee is likely to create a new irritant for the lawmakers who hope to get to the bottom of the attack on the US Capitol. In recent weeks, Greene has joined some other conservative Republicans in advancing unfounded claims that the far-left antifa movement or the FBI might have somehow been involved in the rioting on January 6.

CNN has reached out to Pelosi’s office for comment.

Despite being questioned multiple times by CNN about the new false flag theory, promoted by Fox News and right-wing websites, that the FBI orchestrated the deadly assault on the Capitol, Greene, who has a history of spreading conspiracy theories, did not offer any evidence to back it up.

“Look there are questions that need to be answered,” Greene added finally, after being pressed repeatedly on the baseless theory, which is yet another example of right-wing figures deflecting responsibility away from supporters of former President Donald Trump, who were captured on police body-worn camera footage at the riot. Federal investigators have charged hundreds of Trump supporters for their involvement.

The GOP firebrand said she would be willing to accept that the FBI did not play a role in the insurrection, provided that the bureau offers evidence demonstrating its lack of involvement.

“If they say they weren’t and show proof they weren’t, then of course I would,” Greene said.

Greene at times sounded sympathetic for the January 6 rioters, saying that they are confined in Washington, DC, area jails as they await trials.

“They’re being held, some of them, in solitary confinement almost 24 hours a day in the jails here,” Greene claimed twice during the interview.

Judges have kept in jail pending trial Capitol rioters whom they’ve deemed to be threats to public safety if they were to be released. The majority of Capitol riot defendants are not in jail at this time. Those still detained are largely those charged with violent crimes and leadership roles in planning the siege. Though coronavirus precautions and the infamy of the riot has caused jails to keep some of the defendants separated from other prisoners, they aren’t technically in solitary confinement.
Greene, along with most other House Republicans, voted against the creation of an independent commission to investigate the attack on the Capitol after a bipartisan deal had been struck for a panel with equal representation and subpoena power.
Pelosi announced Thursday she would create the select committee after Republicans blocked the formation of the independent commission. The select committee will corral the various House Democratic investigations into the events surrounding the deadly insurrection into a single effort to examine what led to pro-Trump supporters breaching the Capitol and disrupting the certification of President Joe Biden’s November 2020 election win. While Republicans have accused Democrats of continuing to investigate the events for political reasons, Democrats have insisted that a definitive investigation needs to be undertaken, particularly as some Republicans — like Greene — have tried to downplay the violence that occurred or spread conspiracy theories about who carried out the attack.
The congresswoman recently apologized for one of her most outrageous comments comparing mask requirements on the House floor to the Holocaust.

But Greene pushed back on the idea that she should be choosing her words more carefully.

“I think you should think about choosing your words more carefully,” she told CNN.

This story has been updated with the FBI declining to comment.