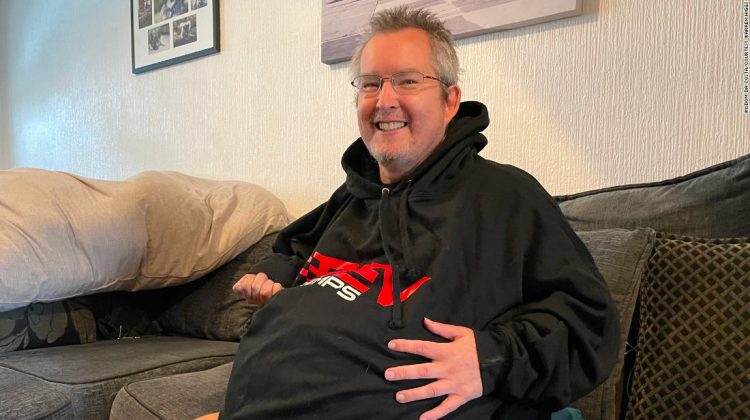 Warren Higgs has suffered multiple strokes and aneurysms due to his condition, he told CNN.

According to a GoFundMe page, he had a severe stroke 15 years ago due to PKD. That incident was followed by a further six strokes.

“It’s horrible, it’s a nasty, nasty disease,” he said, adding that his kidneys were now so big that he could not breathe properly because “they’re crushing my lungs.”

The 54-year-old said that PKD causes cysts to grow on his kidneys. In some cases the illness can reduce kidney function.

Higgs’ kidney function has been maintained but the organs have grown significantly.

His doctors do not know the kidneys’ exact weight but estimate that they weigh around 30-40kg each.

Higgs told CNN that one surgeon said his kidneys were bigger than those of the current record holder for the world’s largest kidneys.

In 2017 the Guinness World Records said a man in Dubai who had a 4.25kg (9lb 5.91oz) kidney removed was the record holder.
Two years later CNN reported that surgeons successfully removed a kidney weighing 7.4kg (16.3lb) from a patient in India.

“It slowly robs you of your life,” Higgs said, of PKD.

Higgs said he used to cycle and participate in triathlons but is now unable to due to his condition. He is set to have major surgery on July 12 to remove both kidneys.

Higgs will have to begin dialysis after the operation and is likely to need three or four surgeries following the first procedure.

He hopes to donate one kidney to research and to bring the other one home as a memento in a glass jar. “I want to get back to having some kind of life,” he said.

Higgs is a well-loved figure within his community in Windsor, where many people are contributing to a fundraiser to help him recuperate.

The fundraiser was set up by taxi firm Windsor Cars and charity Driven Forward and the money raised will go towards a specially modified electric tricycle.

“[The tricycle] will help me regain my fitness,” Higgs said. “Then I can get back to life hopefully.”

The 54-year-old has particularly missed taking part in sports with his 19-year-old son Sebastian.

Higgs had planned to participate in a Spartan Race, a major obstacle course, before falling ill.

“I’d like to get back, do my cycling, and do one of those [obstacle course races] with my son,” he said.

“That would mean everything to me.”