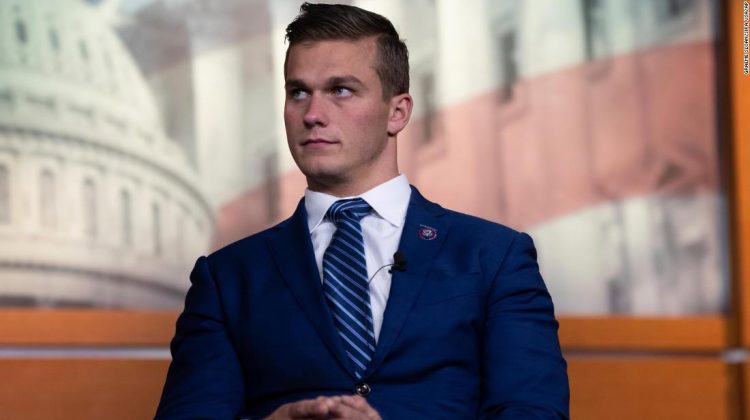 But Cawthorn — who, at age 25, is the youngest member of Congress — keeps getting historical facts wrong.

Cawthorn also has a record of other false claims. Here’s a look at some of the inaccurate assertions he has made about the American past in particular.
Speaking on the House floor on Thursday to criticize the Biden administration’s handling of the economy, Cawthorn said, “It was Thomas Jefferson that said, ‘Facts are stubborn things. And whatever may be our wishes, or the dictates of our passions, they cannot alter the state of facts and evidence.’ “
This is a famous quote from John Adams, not Jefferson. (Cawthorn omitted two of Adams’ words in the quote.) Adams uttered it in 1770 while serving as defense lawyer for British soldiers who had been charged with murder in the Boston Massacre.

James Madison and the Declaration of Independence

In a speech to the Republican National Convention last August, Cawthorn invoked “American history” as evidence that “young people can change the world.” He said his “personal favorite, James Madison, was just 25 years old when he signed the Declaration of Independence.”
Madison did not sign the Declaration of Independence.
After Cawthorn’s claim was fact-checked as false, he tweeted that he had “ad libbed that line” and “meant to say James Madison was 25 when the Declaration was signed.”
He added in a second tweet: “After speaking all of that truth … I was afraid the fact checkers were going to get bored. I wanted to give them something to do.”

But Cawthorn made additional errors in the same paragraph of that speech.

He said, “George Washington was 21 when he received his first military commission.” In fact, Washington was 20 in 1752 when he was named a major and adjutant in the Virginia colonial militia.
Cawthorn also said, “Abe Lincoln: 22 when he first ran for office.” Lincoln was 23 when he publicly announced his first run, for the Illinois legislature, and when he was defeated in that 1832 race.
Incidentally, then-President Donald Trump got Lincoln’s age right in a speech in 2017, saying, “Our first Republican president, Abraham Lincoln, ran his first campaign for public office in 1832, when he was only 23 years old.”

Cawthorn’s office did not respond to a request for comment for this article.