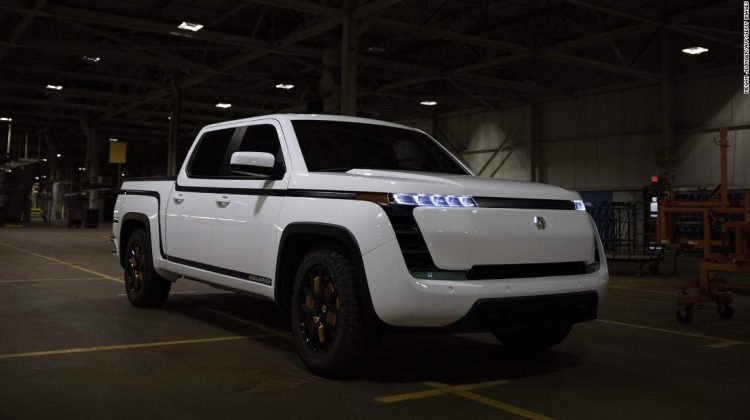 On March 17, Lordstown Motors announced a net loss of $100.6 million in 2020, bringing in just $2.6 million in sales. Lordstown has not yet begun delivering its Endurance pickup truck, which the company says will be available by the end of 2021.

The company said in a statement that the executives’ “transactions were made for reasons unrelated to the performance of the company or viability of the Endurance, and each such director and executive retained substantial Lordstown Motors equity holdings in the form of shares and options following the sales and transfers described in the company’s public filings.”

But the timing of the sales — a month before the company’s earnings report — is unusual. Many companies prevent executives from selling stock for a stretch leading up to their financial disclosures.

The Lordstown executives sold the stock in the mid $20s per share, near its all-time high. The stock started to slip after the executive share sales. Shares fell more after the company’s disappointing quarterly financial report. They fell even further in late March after Hindenburg Research, a firm that makes bets that the price of a company’s stock will go down, questioned the validity of the contracts that Lordstown Motors was telling investors it had in hand. It also said that the an Endurance had caught fire on its first test drive.

The controversial stock sales are the latest blemish for the company, which is named after the former General Motors factory in Ohio that it took over after the legacy automaker sold it.

Last week, Lordstown said that it has no firm orders for its vehicles, backtracking on assurances it made earlier this week that the company had enough committed buyers for its pickup truck to keep production going through 2022.

That news followed the announcement that its CEO and chief financial officer were stepping down. Lordstown didn’t give a concrete reason for the departures of CEO Steve Burns and CFO Julio Rodriguez.