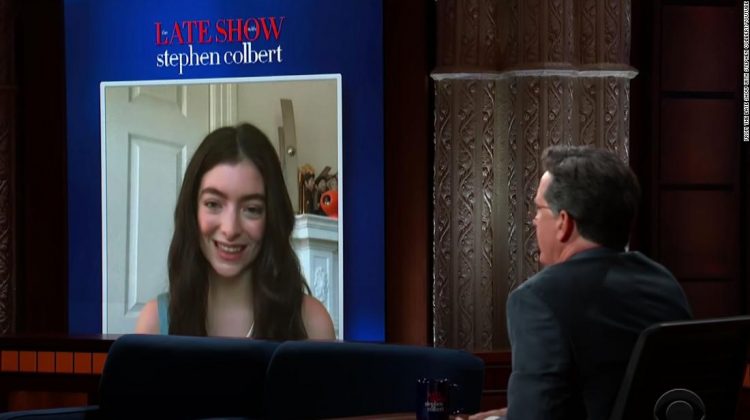 The singer revealed that the new album’s artwork, which Colbert said he was not allowed to show, was shot by a friend.

“My friend just took it,” Lorde said. “It was just me jumping over a friend on the beach. It’s a little hardcore, but it was so joyful to me. It felt innocent and playful and a little bit feral.”

The release of “Solar Power,” will be Lorde’s first new music since releasing “Melodrama” in 2017.

Colbert also asked whether she was looking forward to performing live in front of audiences again.

“I’m really excited, yeah,” she said. “It sort of doesn’t seem real, but I’m super keen. This album is so joyful and big and such a good thing to experience with a bunch of people, so I’m glad the timing worked out that we could do a tour.”

Lorde, who was interviewed from New Zealand, talked about how the Covid-19 pandemic was handled there.

“We’re lucky to have a really calm, steady government,” she said.