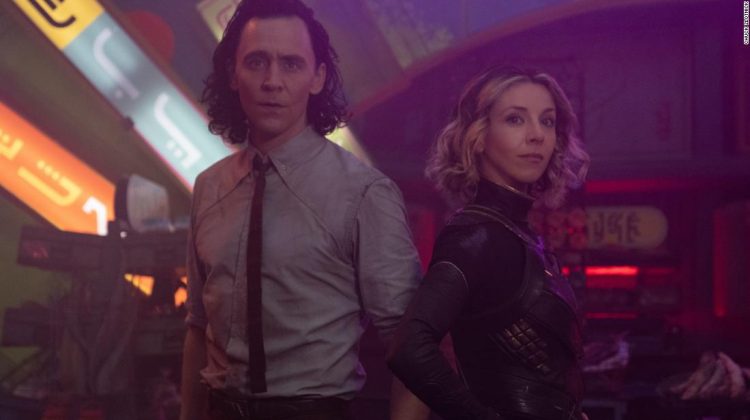 The episode formally introduced the mysterious figure known as Sylvie (Sophia Di Martino), and set Twitter ablaze thanks to her discussion with Loki (Tom Hiddleston) in which he alluded to his bisexuality, after earlier buzz regarding his gender fluidity.

Yet while there was room for plenty of snappy repartee and a fair amount of action, their attempts to get off the distant moon to which he had transported them ended with the two of them still there, still needing a way out, and not much closer to sorting out what the end game is regarding “The Time Keepers.”

Admittedly, much of the fun surrounding the Marvel streaming series thus far has hinged on the latitude the multi-episode format grants the storytellers, allowing “WandaVision” to creep its way through the first few episodes of old sitcom-ville before revealing the larger menace. “The Falcon and the Winter Soldier” similarly took its time, although the payoff there was pretty clear from the outset.
“Loki,” by contrast, spent much of its first two episodes allowing Hiddleston to play off Owen Wilson, before turning the former loose with Di Martino, having considerable fun with their shared mischievous streaks and inability to trust each other, even under these perilous circumstances.

The reaction to the show suggests that just seeing Hiddleston back in the role is more than enough for a lot of Marvel fans, and any gripes about “Loki’s” pacing won’t prevent even naysayers from wanting to see where it winds up.

For now, though, despite his devilish charms and self-described hedonism, Loki feels like the least compelling “variant” of the strain of TV embodied by the Marvel/Disney+ formula.