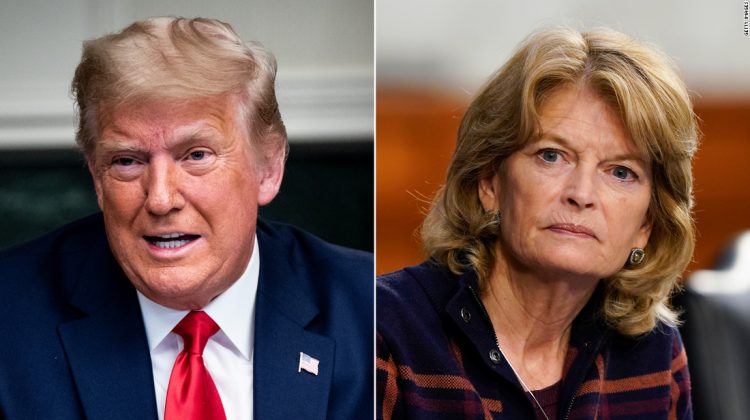 “Lisa Murkowski is bad for Alaska,” Trump said in a statement released from his Save America PAC. “Murkowski has got to go! Kelly Tshibaka is the candidate who can beat Murkowski—and she will. Kelly is a fighter who stands for Alaska values and America First. She is MAGA all the way, pro-energy, strong on the Border, tough on Crime and totally supports our Military and our great Vets.”

And with that, Murkowski officially became Enemy No. 1 for Trump — and the former President (and still the most powerful figure within the GOP) put himself in direct conflict with Senate Minority Leader Mitch McConnell (Kentucky), who has endorsed Murkowski for reelection.

Trump’s endorsement comes as little surprise, given that he has been vocally opposed to Murkowski for months. She had been one of a small group of Republicans in the Senate willing to break ranks with Trump — including casting a vote to impeach him for his actions during and after the January 6 riot at the US Capitol.

As far back as April, Trump was promising to unseat Murkowski.

“I will not be endorsing, under any circumstances, the failed candidate from the great State of Alaska, Lisa Murkowski,” he said at that time. “I do not know where other people will be next year, but I know where I will be — in Alaska campaigning against a disloyal and very bad Senator.”

Murkowski has said little about Trump (or Tshibaka) to date. And while Trump’s popularity within the GOP base is unquestioned — and would worry any candidate on the other side of his endorsement — there are reasons to believe Murkowski still has a solid chance of winning.

Murkowski has been in office since 2002. Her father, Frank, had previously served in the Senate and as governor.

2) Alaska has an open primary:

Thanks to recent election law changes in the Last Frontier, there will be a single primary in Alaska next year, with the top four vote-getters — regardless of party — advancing to the general election.

Voters will be allowed to rank their candidate choices from 1st to 4th. If Murkowski (or anyone else) can’t get to 50%, the last-choice candidate will be eliminated and their votes divvied up based on who their voters ranked second on their ballots. The belief is that a ranked-choice system, which is still in its infancy, helps moderates like Murkowski.

To be clear: It is not an easy road to reelection for Murkowski. And Trump’s active backing of Tshibaka complicates it even more. But she’s not a lost cause just yet.

The Point: Trump, always focused on seeking vengeance for alleged wrongs done to him, will go all out to beat Murkowski. McConnell (and the rest of the GOP establishment) will fight like hell to get her across the finish line. In short: This just became a central front in the fight for the soul of the GOP.