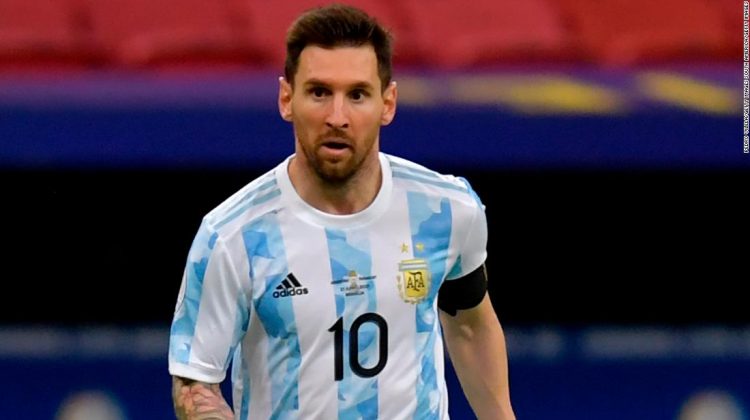 The Barcelona forward started in his country’s 1-0 Copa América win over Paraguay, helping to secure Argentina passage through to the quarterfinals.

Papu Gómez’s 10th-minute goal was enough to earn a narrow win and maintain Argentina’s unbeaten start to the tournament.

Over the weekend, Messi had made one fan very happy by signing his back tattoo, which depicts the famous photo of the Argentine holding his shirt up at the Bernabeu after scoring the winning goal — the 500th of his career — against bitter rival Real Madrid in 2017.

Argentine broadcaster TyC Sports published a photo of the incredible artwork on its Instagram page, where Messi saw it and commented that he would like to sign it.

After Messi followed through on his promise, the fan returned to the tattoo shop to have the Argentine’s signature inked onto his back permanently.

READ: A pair of Lionel Messi’s football boots auctioned for $173,000

Earlier in Group A, Chile secured its ticket to the quarterfinals thanks to a 1-1 draw against Uruguay, with Arturo’s Vidal’s own goal canceling out Eduardo Vargas’ opener.

The top four teams from each five-team group advance to the knockout stages.