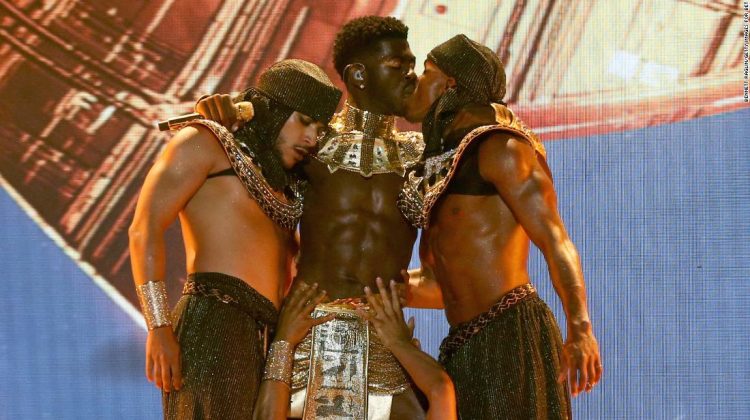 The rapper, who donned an elaborate gown to walk the carpet, paid homage to Michael Jackson’s “Remember The Time” music video during his Egyptian-themed performance of his single, “Montero (Call Me By Your Name).”

At the end, the “Old Town Road” star passionately kissed one of his male backup dancers, which won him a standing ovation from some members of the audience, including “Pose” star Mj Rodriguez.

But not everyone was happy about it, and there was some backlash on social media.

After one person tweeted that the rapper shouldn’t have used African culture for such a display, admonishing that he should “respect our ancestors,” Lil Nas X responded by tweeting, “y’all really like to pretend homosexuality didn’t exist in african culture.”
Others were complimentary, praising the artist for honoring Pride Month and his openness about his sexuality in hip-hop, which has a history of being homophobic.