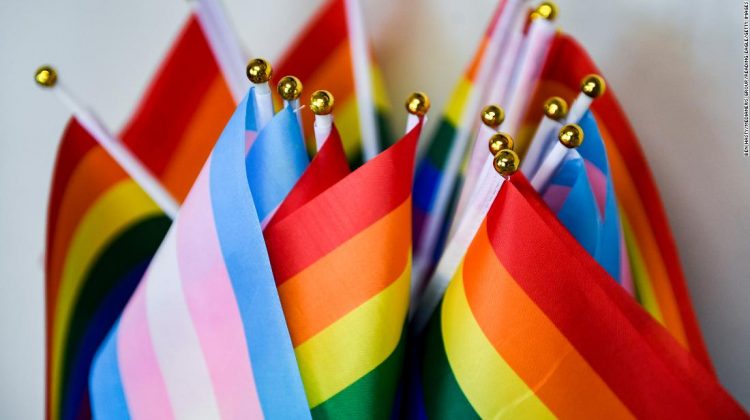 This is the case for the LGBTQ+ community, and it’s a huge problem. Here’s an example: The government’s monthly jobs report shows how many men and women, Black, White, Asian and Hispanic workers are unemployed. The stats lay bare a lot of inequities, but there are no comparable federal data on LGBTQ+ workers.
Official stats, including the Census, are used to decide how federal funds are distributed — to the tune of $1.5 trillion. But data gaps in the jobs reports, health surveys and the decennial Census affect millions of people: 5.6% of US adults identify as lesbian, gay, bisexual or transgender, according to a Gallup survey published in February.
Official data are needed “to ensure that LGBT people are included in efforts to reduce unemployment through increased labor force participation, as well as to monitor compliance with anti-discrimination provisions,” researchers at the UCLA School of Law’s Williams Institute wrote earlier this year in support of adding LGBTQ+ questions to the Current Population Survey, which helps create the jobs report.

Recent research has found higher rates of poverty, unemployment, health disparities, and workplace discrimination among LGBTQ+ adults, according to the Williams Institute. The negative outcomes were even greater among transgender individuals and LGBTQ+ people of color.

Examples of how data can change outcomes for the LGBTQ+ community include the establishment of the Massachusetts Commission on LGBTQ youth, school training services and ongoing research after former Governor William Weld sought to respond to an increase in LGBTQ+ youth suicides; the improvement of individuals’ medical care following research asking patients about their sexual orientation and gender identity; and the creation of equity programs within the Los Angeles County Department of Children and Family Services following a study that showed LGBTQ+ youth were overrepresented in the youth foster system and experienced harsher treatment.

Although independent research from the Williams Institute and established pollsters such Gallup have provided some data about the community, that research just doesn’t carry the same weight as government stats in leading to funding of direct services and addressing the needs of people in the queer community, Renna said.

Across government agencies, academics and the LGTBQ+ community itself, people have expressed a desire to better understand the needs of that population. The government is doing research to figure out how to best ask about sexual orientation and gender identity.

But the business of big, robust data sets is complicated.

Government statistics are pretty sophisticated and the methodology behind surveys goes through a lot of prodding. But when it comes to the LGBTQ+ community, government institutions haven’t done enough research yet to make broader improvements to the data.

The worry is that reporting errors on questions surrounding sexual orientation and gender identity may lead to much bigger errors in the eventual data.

“Questions for relatively small populations must be formulated especially carefully; if they are not, even relatively small sampling or reporting errors can lead to large errors in estimates,” the US Bureau of Labor Statistics told CNN Business in an email.

The questions the Census Bureau asks also have to go through an established process to review wording and effectiveness. Ultimately the Office of Management and Budget approves any new questions.

When the government surveys households, for example to learn about America’s employment situation, one person answers questions for other members of their household. That can make it harder to get accurate data on members of the LGBTQ+ community, especially if a person hasn’t come out to their family, or if the survey respondent is uncomfortable talking about another household member’s sexual orientation or gender identity.

“Not everyone’s out,” Renna added. “Some of us live in places where you can be fired if you come out.”

The NGLCC, which leans heavily on community-driven surveys and private sector research, has yet to meet with the Census and BLS on inclusive data-gathering efforts, Nelson said. But he said he is optimistic about the Biden-Harris Administration’s efforts to broaden the scope of its data collection.

President Joe Biden last week, in officially recognizing June as Pride Month, urged Congress to pass the Equality Act to ensure civil rights protections for members of the LGBTQ+ community and their families.

“We are a strong part of the economic fabric … not just in Pride Month,” Nelson said. “We need to get inclusive on data collection immediately, because the sooner we can normalize that data collection, the less opportunity there is for erasing it.”

A chicken and egg situation

The people behind government surveys are doing research to move toward a world in which official data are more inclusive.

The last BLS research paper on the topic is from 2017. While it’s feasible for the government to ask these questions, the paper recommends more in-depth analysis.

Some government surveys already collect information on gender identity and sexual orientation, including the National Health Interview Survey, the National Crime Victimization Survey and the National Survey of Children’s Health.

Last year, the 2020 Census made history by including same-sex marriage and same-sex unmarried partners as options on its survey. The Bureau of Labor Statistics — which uses surveys to compile the government’s monthly jobs report — began including same-sex married couples in its tally of married workers in January last year.
Considering that only 20% of LGBTQ+ people live in same-sex married households, these surveys leave out the vast majority of the community, said Kerith Conron, the Blachford-Cooper research director and distinguished scholar at the Williams Institute.

And there is a greater dearth of data especially when it comes to LGBTQ+ youth, transgender people and gender identity, she added.

Earlier this year, Conron and her colleagues highlighted those and other inequities in a public comment urging the US Census Bureau and BLS to add sexual orientation, gender identity and sex assigned at birth questions to the Current Population Survey.

“There are ongoing health and economic inequities that aren’t going to go away unless people start paying attention to them,” she said in an interview with CNN Business.

Data on sexual orientation and gender identity aren’t collected consistently across states — for example, only 30 states included the SOGI module in a US Centers for Disease Control-backed behavioral risk survey in 2019. This creates big gaps in the data, particularly in regions such as the South and Midwest, Conron added.

“Those are the places where non-discrimination protections and social acceptance are also lacking,” she said. “In the places where people probably have worse conditions, [there are] less data available to see what’s going on for people.”