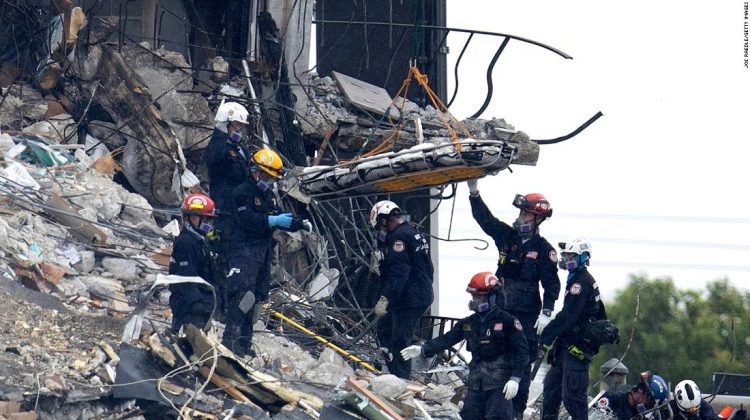 Board President Jean Wodnicki addressed the letter to neighbors April 9.

“The concrete deterioration is accelerating. The roof situation got much worse, so extensive roof repairs had to be incorporated,” says the letter, acquired by CNN’s “Erin Burnett OutFront.”

Wodnicki further describes issues facing the building saying, “When you can visually see the concrete spalling (cracking), that means that the rebar holding it together is rusting and deteriorating beneath the surface.”

A structural field survey performed in 2018 by Morabito Consultants Inc., found several things wrong with the building, including major structural damage below the pool deck, according to the report.

“The failed waterproofing is causing major structural damage to the concrete structural slab below these areas,” the report says.

In a statement to CNN since the collapse, Morabito Consultants wrote that the report “detailed significant cracks and breaks in the concrete.”

The report didn’t say whether the structure was at risk of collapse, but the group said it provided an estimate to the condo association to “make the extensive and necessary repairs.”

The April letter seeks to explain a $15 million special assessment to condo owners that would be discussed at an upcoming meeting. The initial scope of the 2018 work estimates had expanded, the letter says.

“Other previously identified projects have been rolled under the main project. New problems have been identified. Also, costs go up every year. This is how we have gone from the estimated $9,128,433.60 cited in Morabito’s 2018 report, to the much larger figure we have today,” it says.

The board later approved the $15 million dollar in repairs, according to an assessment letter obtained by CNN.

CNN has reached out to representatives of Champlain Towers South condominium association for further comment.