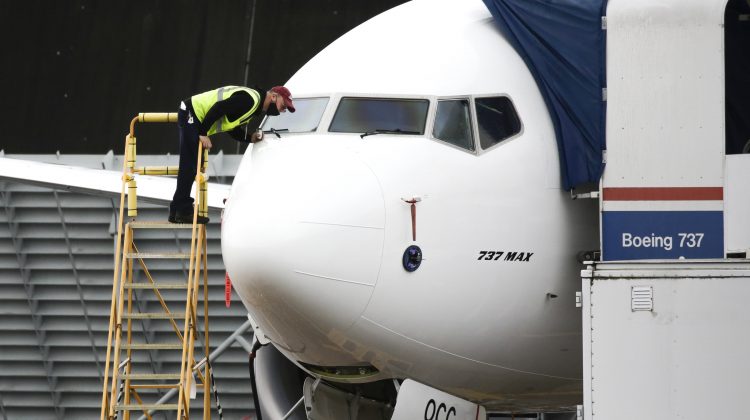 A worker inspects a Boeing 737 MAX airliner at Renton Airport adjacent to the Boeing Renton Factory in Renton, Washington on November 10, 2020.

Boeing was readying the largest member of its 737 Max family for its maiden flight on Friday, a person familiar with the matter said, as the planemaker tries to close a sales gap with a competing Airbus jet.

The first voyage of the 737 Max 10, expected around 10 a.m. local time from the Seattle area, the person said, heralds months of testing and certification before it enters service in 2023.

In an unusual departure from the PR buzz surrounding first flights, the event was expected to be kept low-key as Boeing tries to recover from overlapping crises caused by the 20-month safety grounding of the Max and the global pandemic.

Boeing must also complete safety certification of the plane under a tougher regulatory climate following two fatal crashes of a smaller 737 Max version grounded the model for nearly two years – with a safety ban still in place in China.

Relatively slow sales of the 737 Max 10 and slightly smaller Max 9 have given Boeing a strategic headache, analysts say.

It once studied plans to tinker with the 737 Max 10 to extend the range against the A321neo, but is now weighing a bolder plan to replace the single-aisle 757, which overlaps with the top end of the MAX family.

Even so, Boeing is stepping up efforts to sell the 737 Max 10, with key targets including Ireland’s Ryanair.

On display on Friday will be a revamped landing gear system illustrating the battle between Boeing and Airbus to squeeze as much mileage out of the current generation of single-aisles. It raises the landing gear’s height during take-off and landing, a design needed to compensate for the MAX 10’s extra length and prevent the tail scraping the runway on take-off.