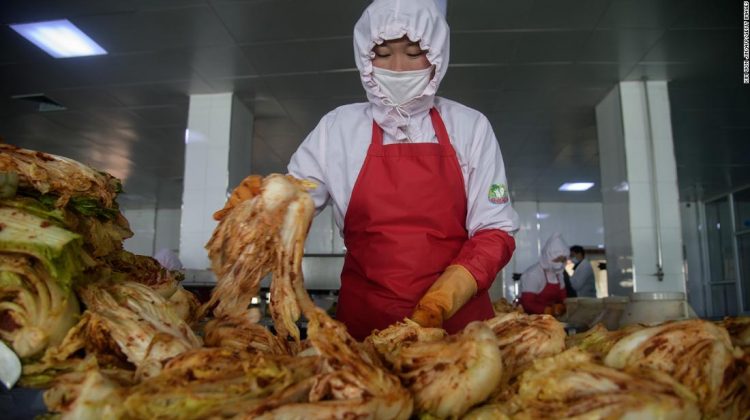 The secretive country has cut itself off from the rest of the world even more during the pandemic. Speaking on Tuesday, Kim said the conditions and environment that North Korea was facing “have become worse upon entering this year,” even though its economy has, on the whole, shown improvement.

He said the meeting of the ruling party should take the measure of the problem, according to KCNA.

Kim did not disclose the scale of the shortages, but they appear to be serious. In April, KCNA reported Kim urged people to undertake another “Arduous March,” while addressing a top-level political meeting.

The term “Arduous March” refers to a period of devastating famine in the early 1990s, when North Korea’s economy spiraled downward following the collapse of the Soviet Union, which ended the flow of aid into the country.

Hundreds of thousands of people, or as many as 10% of the country’s population, were estimated to have starved to death.

The Food and Agriculture Organization of the United Nations (FAO) has estimated that North Korea is short of about 860,000 tons of food, enough for just over two months of supplies.

In a report released on Monday, the FAO said North Korea officially plans to import only about one fifth of the food it needs to cover the gaps in domestic shortages. It said that while North Korea increased agricultural planting in 2020, the growth “mostly offset yield losses due to floods and storms” that the Korean Peninsula experienced from early August until early September 2020.

The FAO has warned that if the gap in supplies is not covered through imports or aid, North Koreans could experience “a harsh lean period between August and October 2021.”

KCNA said the plenary meeting would focus on directing all efforts to farming this year and coping with the epidemic situation. Other topics listed in the report included the current international situation and the ruling party’s corresponding direction, improving living standards and childcare and discussing organizational issue.