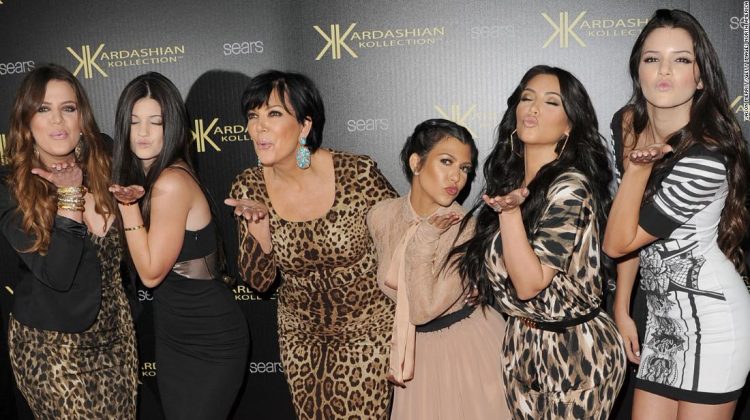 There was a lot to cover, of course, given that their E! show has ended after 14 years and 20 seasons.

Pop culture interviewer extraordinaire Andy Cohen promised there was nothing off limits with reality TV’s most famous family and that was on display.

And while it ended with shots of Kendall Jenner’s 818 tequila brand and a teary “momager,” Kris Jenner, there were plenty of “let’s get real and talk about it” shots across the bow from Cohen, who seemed to take full advantage of the family’s willingness to go there.

The state of Kris Jenner and Caitlyn Jenner’s relationship

Kris Jenner opened up about the end of her 23 year marriage and current relationship with Caitlyn Jenner.

It led to some tensions in the family and Kris Jenner says she has forgiven her ex for the rocky times after their split.

“I think if I didn’t or I don’t work through those feelings it’s just going to hurt me more than it would have hurt Caitlyn,” Jenner told Cohen.

Their daughters, Kendall and Kylie, talked about how much they love Caitlyn and how they had to mourn the loss of who their dad was.

Everyone agreed they just want Caitlyn Jenner to be happy.

“I learned a lot along the way,” Kris Jenner said. “I think I was so naive and uneducated in this whole area and I realized that I was not considering what Caitlyn was really feeling at the time which was she wanted to be who she is now from the time she was four years old. And that just wasn’t communicated to me.”

Of course the Lord appeared

Kourtney Kardashian’s ex-boyfriend and the father of her three children, Scott Disick, showed up, naturally.

Disick, who jokingly refers to himself as “Lord,” has been a huge part of the show and talked about sharing his struggle with sobriety.

“It wasn’t anything I could hide,” he said. “Eventually I realized that this obviously is not giving me what I want. A lot of the things that hurt me in my life were from drinking and these things that I can’t really take back. Now I’m just trying to be the best guy I can be and a good dad and things like that.”

Both he and Kourtney said they both believe he would have had a better shot at getting back together with her had he been able to maintain his sobriety earlier.

They reiterated that while folks can’t seem to believe it they are just friends and have not hooked up in the years since their split, even though they have traveled together extensively as a family.

Disisck also wanted to clear up speculation that he goes after young women (he’s 38 and his last girlfriend, model Sofia Richie, is 22 while his current girlfriend, actress Amelia Hamlin, is 20) saying that it’s more that younger women are attracted to him.

As for Kourtney’s current relationship with rocker Travis Barker, Disick gave it his seal of approval as long as his former love is happy.

Kendall Jenner said she was very excited about Cohen asking about the supposed “curse” which befalls men who get involved with the Kardashian-Jenner women.

“What I don’t like about the narrative is that the blame is on us,” said Jenner, who said she found it offensive,especially given how loving the family is to whomever anyone is involved with at the time.

“Let me tell you, Kanye is doing pretty well,” piped up Kim Kardashian, referencing her estranged husband Kanye West, whom Bloomberg recently reported is worth $6.6 billion.

Mom Kris Jenner noted that among the exes includes a few who went to the NBA championships and at least one Super Bowl, so clearly some of them have had some successes.

Her learning of Thompson cheating on her right before she gave birth to their daughter, True, back in 2018 was a big storyline on the show.

The pair are now back together and Kardashian — and her mom — said he worked really hard to get back into her and the family’s good graces.

Kardashian, who also talked about her sisters Kim and Kourtney receiving preferential treatment because they were deemed more attractive and speculation that Khloe doesn’t share the same father as them, said she chose to focus on her daughter during her delivery rather than directing her anger and hurt towards Thompson who was present for the birth.

“I knew, ok, my daughter is going to want to see her birth video one day I would hope and I wanted to think about True at that moment and say ‘This is not about me, we’re going to handle this on our own later this should not ever effect my child,'” she said. “I wanted to have these memories, to have these moments for her.”

And for the record, neither Kardashian nor Kylie Jenner have a relationship with Kylie’s former best friend, Jordyn Woods, who in 2019 was accused of having a tryst with Thompson.

Kardashian said Woods has never apologized to her personally, but says she forgives her just as she has forgiven Thompson.