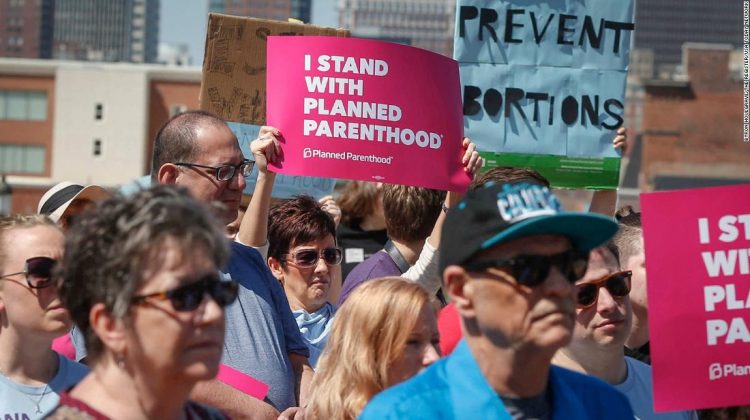 District Judge Mitchell E. Turner ruled the law was unconstitutional because it violated a 2018 decision by the Iowa Supreme Court that protects abortion rights. The law is also unconstitutional, Turner ruled, because the state legislature violated the Iowa Constitution’s “single-subject rule” when it included the measure with another unrelated bill. Turner also canceled a trial for the case that was set to take place in January 2022.
The decision comes as GOP-led states across the country have moved to enact anti-abortion laws and is the latest defeat for Iowa on the issue.
Iowa bars most abortions after 20 weeks and South Carolina, Idaho and Oklahoma have codified bans on abortion at the onset of a fetal heartbeat. Arkansas and Oklahoma have enacted near-total abortion bans, and Montana banned the procedure at 20 weeks.
Republican Iowa Gov. Kim Reynolds signed the 24-hour delay bill into law in June 2020 but Turner issued a temporary injunction blocking it before it went into effect. The lawsuit was brought by Planned Parenthood of the Heartland and Dr. Jill Meadows, with the ACLU of Iowa and the Planned Parenthood Federation of America providing representation.

CNN reached out to Reynolds’ office for comment Wednesday.

“Instead of wasting time and taxpayer dollars on political overreach, lawmakers need to support health care that meets the needs of Iowans and their unique circumstances. Thankfully, the court’s decision protects access to safe and legal abortion for now,” Burch Elliott said in a statement released Tuesday. “But the decision also underscores why it’s crucial that our state constitution continues to protect the right to abortion—and that’s why we must fight the proposed anti-abortion constitutional amendment that lawmakers are currently trying to push through at the capitol.”

This year, the Iowa legislature voted on a constitutional amendment stating that the state’s constitution does not guarantee the right to an abortion. The House and Senate will have to vote on the measure again in the next legislative session before it is voted on by Iowans.

Turner’s ruling isn’t the first time an abortion law was struck down in the state.

A judge in 2019 struck down Iowa’s so-called “fetal heartbeat” law which would have prohibited Iowa doctors from performing most abortions once a fetal heartbeat is detected.
In May, the US Supreme Court agreed to take up an abortion case next term concerning a Mississippi law that banned most abortions after 15 weeks, a potential challenge to Roe v. Wade.