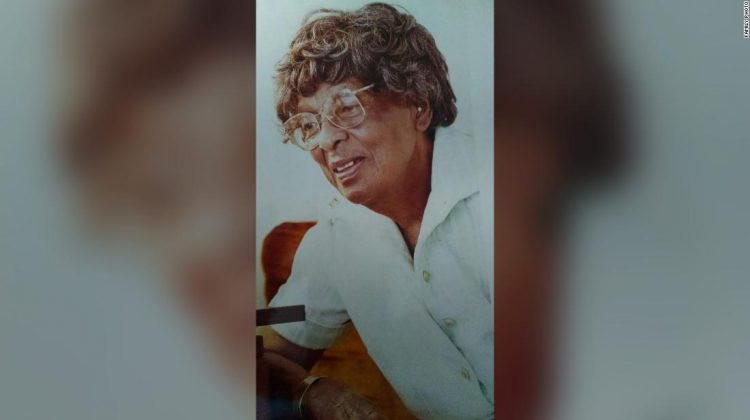 The Board of Supervisors of Johnson County in Iowa, home to Iowa City and the state university, voted unanimously on Thursday to recognize Lulu Merle Johnson as the official eponym of the county, rather than Richard Mentor Johnson.

“Today was touching and I am so happy,” said Royceann Porter, the board’s vice chairperson, in a statement. “It was amazing to include Lulu Merle Johnson’s family in the recognition. I look forward to taking students to Gravity for the annual civil rights trip so they can learn more about her legacy.”

Lulu Merle Johnson, born in Iowa in 1907 to a father who had been born into slavery, was a student at the University of Iowa in 1925 — one of only 14 Black women at the school at that time. By 1930, she went on to get her master’s degree from the school, too, and spent a decade teaching at the university while working toward her PhD, which she received in 1941. She went on to lead a long career as an academic, teaching history, and eventually becoming the dean of women at Cheyney University in Pennsylvania.

Richard Mentor Johnson, who served as the ninth vice president of the US under President Martin Van Buren, was a slave owner his entire life, according to the county. He credited himself for killing Shawnee Chief Tecumseh at the Battle of the Thames in 1805. The county was named after him by the Wisconsin Territorial Legislature in 1837, despite his lack of connection to the area.

“Richard Mentor Johnson does not embody the values, ideals, and morals of the people of Johnson County,” the resolution for the name change states. “The Johnson County Board of Supervisors is committed to rectifying systemic racism and institutional inequity, including removing names and monuments that memorialize or honor a person who has perpetuated violence against Black people, Indigenous people, and other nonwhite people.”

The move by Johnson County is just the latest in a surge of decisions to remove monuments or to rename longstanding institutions glorifying those complicit in racism or other forms of oppression. Earlier this week, the New York City Public Design Commission voted to remove a controversial statue of Theodore Roosevelt — flanked by a Native American man on one side and an African man on the other — from the entrance of the American Museum of Natural History.
And earlier this month, a Florida school board decided to rename six schools that were originally named after Confederate leaders.