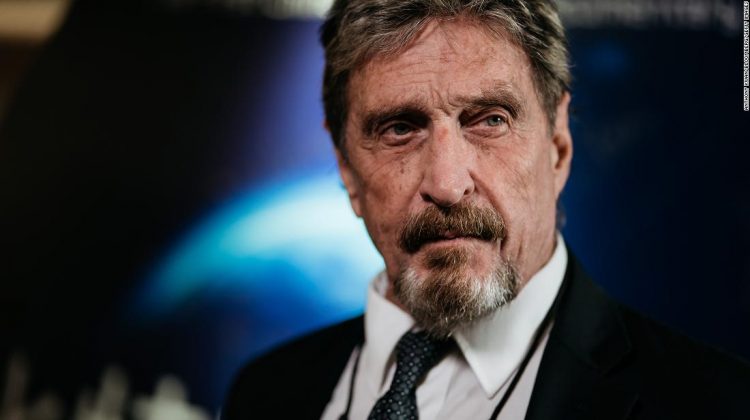 McAfee was found dead in his cell in a prison near Barcelona on Wednesday around 1 p.m. ET and a medical examiner is on the scene, a spokeswoman for the Superior Court of Catalonia told CNN. She said the cause of death is under investigation.

Earlier Wednesday, a three-judge panel at Spain’s National Court in Madrid ruled that McAfee could be extradited to the United States to face charges there, a National Court spokesman told CNN.

McAfee was arrested in Spain in October after being indicted in the United States for tax evasion months earlier. He allegedly failed to file taxes for four years despite earning millions in income between 2014 and 2018 from promoting cryptocurrencies, consulting work, speaking engagements, and selling the rights to his life story for a documentary, according to court documents. The amount he owned was not specified in the indictment.