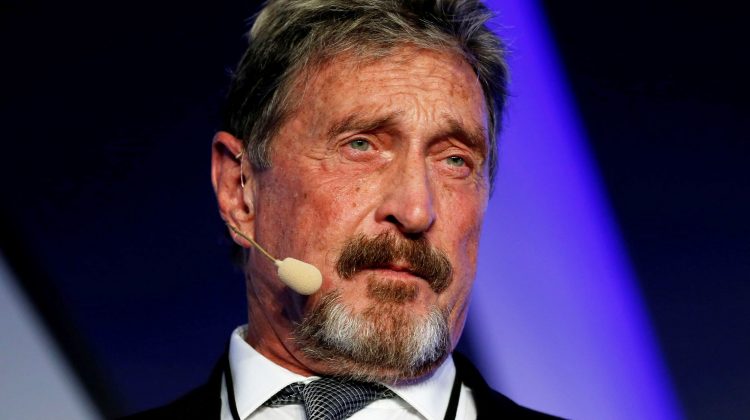 The Spanish newspaper El Mundo first reported that the 75-year-old McAfee was dead, according to the Catalan Justice Department.

El Mundo, citing the Catalan Justice Department, also reported that the prison’s medical professionals attempted to resuscitate him. McAfee was being held at the Brians 2 prison in Catalunya.

McAfee was arrested last October at the international airport in Barcelona on the tax evasion charges, which are pending in federal court in Tennessee. He had been held in jail in Spain since then.

According to the indictment, McAfee earned millions of dollars in income from promoting cryptocurrencies, consulting work, speaking engagements, and selling the rights to his life story for a documentary.

“From 2014 to 2018, McAfee allegedly failed to file tax returns, despite receiving considerable income from these sources,” the U.S. Justice Department said in October.

McAfee also was charged in Tennessee federal court in March with failing to report income he made from promoting cryptocurrencies.

The Justice Department has said that McAfee and others involved in that so-called scalping scheme bought large amounts of cheap cryptocurrency altcoins, then aggressively promoted them online with “false and misleading endorsement tweets” to artificially inflate their market prices.

The Securities and Exchange Commission in a civil lawsuit has accused McAfee of making more than $23 million in undisclosed income from false and misleading cryptocurrency recommendations.

McAfee resigned from the eponymous antivirus software company he founded in 1994.

In 2013, he created a profane parody video explaining how users can uninstall the software.