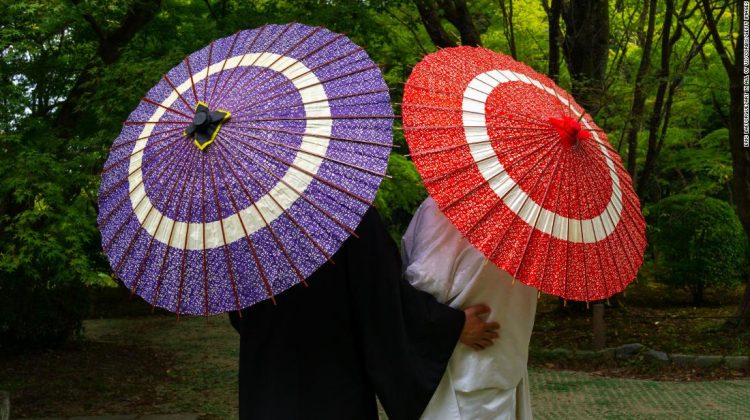 The couples had argued that the provisions were discriminatory, pointing to growing public support for allowing married people to use different surnames.

It’s not the first time this debate has come up — the Supreme Court rejected a similar lawsuit in 2015, filed by five plaintiffs who wanted to make it easier for women to keep their maiden names.

The 19th century law doesn’t specify which spouse should change their surname, but an overwhelming majority of women take their husband’s.

Many women, gender equality experts, and even a United Nations committee have called these laws outdated and called for change.

The debate resurfaced as a hot topic among politicians after Yoshihide Suga replaced Shinzo Abe, who is thought to have more conservative views on the issue, as prime minister last year.

While some lawmakers in the ruling coalition support allowing couples to decide on what names they will use, a conservative wing of the ruling Liberal Democratic Party (LDP) has opposed it, saying such a step will damage family unity and go against tradition.