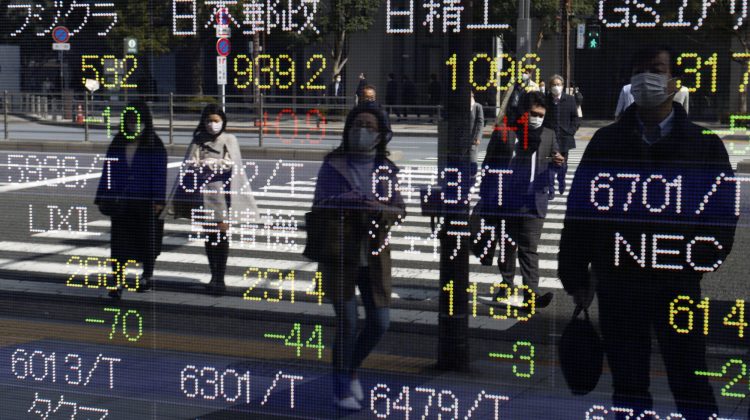 SINGAPORE — Shares in Japan looked set for a muted start on Monday morning. Meanwhile, data showed that China’s industrial profits for May slowed.

Futures pointed to a quiet start for Japanese stocks. The Nikkei futures contract in Chicago was at 29,070 while its counterpart in Osaka was at 28,990. That compared against the Nikkei 225’s last close at 29,066.18.

Data released Sunday showed profits at China’s industrial firms rose 36.4% in May as compared with a year earlier. That was a slowdown from the 57% year-on-year growth posted in April.

The U.S. dollar index, which tracks the greenback against a basket of its peers, was at 91.784 after a decline earlier this month from above 92.1.

The Japanese yen traded at 110.81 per dollar after last week’s weakening from below 110.4 against the greenback. The Australian dollar changed hands at $0.7586 after rising last week from below $0.756.