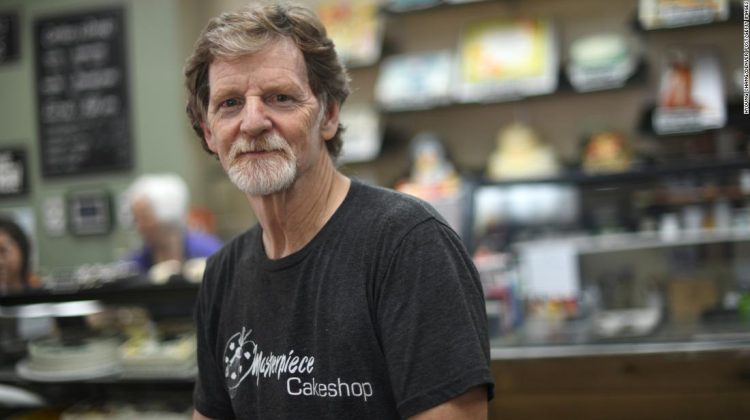 A judge on Tuesday found the Masterpiece Cakeshop illegally refused to bake a cake to celebrate a trans woman’s birthday and identity, saying it violated the Colorado Anti-Discrimination Act (CADA).

Jack Phillips, the owner of Masterpiece Cakeshop, was fined $500, the maximum amount for this violation.

Phillips drew national attention in 2012 when he said his religious beliefs kept him from making a custom wedding cake for a same-sex couple.

In 2019, he was sued by Denver attorney Autumn Scardina for refusing to bake her a custom birthday cake in 2017 after she said the colors and design of the cake would celebrate her transition from male to female.

“I’m elated that the Colorado courts upheld the principle that Colorado’s anti-discrimination laws are valid, constitutional and will be enforced and that people cannot evade them with appeals to religious beliefs or claims of expression, especially when the conduct is not expressive in any reasonable way,” Scardina told CNN.

“I have tremendous respect for (Phillips) as a human. I think he’s entitled to his religious beliefs,” she said. “I share many of those religious beliefs, and I think we agree far more than we disagree, however, I’ve always felt that he doesn’t appreciate that basic principle.”

Dismissal of the earlier filing

Scardina first filed a CADA discrimination charge against the bakery on July 20, 2017, but the administrative​​ case was dismissed “with prejudice” in March 2019 by the Colorado Civil Rights Division. Scardina filed the lawsuit in June 2019.

Scardina said it all started when she had heard about Phillips’ comments in his 2012 trial and wanted to see if the wedding event was the only reason he declined to make the cake.

At that time, Phillips said he would be happy to make birthday cakes, shower cakes, cookies, and brownies, but he cannot create a custom cake for a same-sex wedding because it “expressed messages that contradict his religious beliefs,” according to court documents.

“I was very hurt at the time, but as things progressed, I kept hearing him say that this wasn’t about the individual, it was about the religious nature of the marriage ceremony,” Scardina said. “So when I heard him say he would be happy to make a birthday cake, I decided to take him up on that offer.”

Scardina called the bakery on June 26, 2017, the same day the Supreme Court decided to hear Phillips’ case, and asked Phillips’ wife for a cake to feed six to eight people for her upcoming birthday party in July.

“I explained to them that it would be a cake with pink on the inside and blue on the outside,” she said.

Scardina then explained the personal meaning of the cake as a transgender woman and she said the tone of the call changed. She was told the bakery “probably could not make that cake because of the message,” according to court documents.

When Scardina called back, the baker’s daughter answered and confirmed the requested cake “isn’t a cake we could make,” according to court documents.

Phillips claims “his religious beliefs prevent him from creating a custom cake celebrating a transition from male to female because expressing that message — that such a transition is possible and should be celebrated — would violate his religious convictions,” according to court documents.

He also argued that this only applies to custom cakes, because they come in a box bearing the name of the bakery and show where the cake came from, the documents said.

“Jack Phillips serves all people but shouldn’t be forced to create custom cakes with messages that violate his conscience,” Kristen Waggoner, Phillips’ attorney through the Alliance Defending Freedom General Counsel, said in a statement. “Radical activists and government officials are targeting artists like Jack because they won’t promote messages on marriage and sexuality that violate their core convictions.”

Court says request was not ‘set-up’ to initiate litigation

The court confirmed Scardina’s actions were not “‘set-up’ to initiate litigation” but were seeking to “challenge the veracity” of Phillips’ comments, according to the filing.

The court said the decision was based on several factors including the fact that Phillips’ wife admitted they would have sold the cake if Scardina had not disclosed the meaning behind it, and Scardina did not ask for a message on the cake, simply a pink and blue design.

“We will appeal this decision and continue to defend the freedom of all Americans to peacefully live and work according to their deeply held beliefs without fear of punishment,” Waggoner said.

In 2018, the Supreme Court held that the Colorado Civil Rights Commission showed hostility toward the baker based on his religious beliefs, in the case in which he refused to bake a cake for a same-sex wedding. However, it was a partial win because it left unsettled the broader constitutional questions on religious liberty.

The case was one of the most anticipated rulings of the term and was considered by some as a follow-up from the court’s decision three years ago to clear the way for same-sex marriage nationwide.

That opinion expressed respect for those with religious objections to gay marriage.