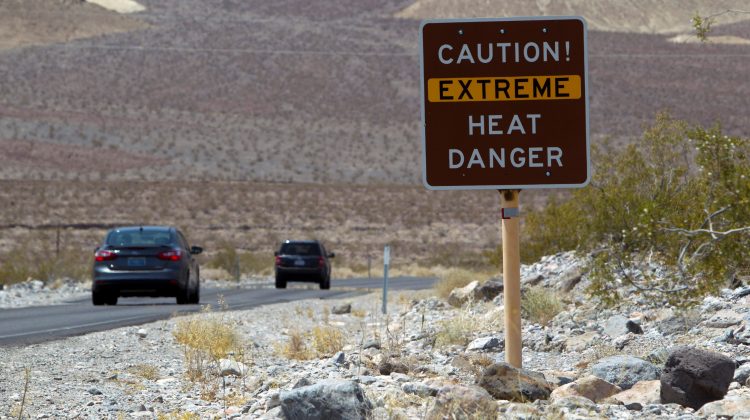 Temperatures soared on Sunday to an all-time high of 112 degrees Fahrenheit in Oregon’s largest city as a record heat wave blistered the Pacific Northwest, sparking a run on ice and air-conditioners, while forcing many restaurants and bars to close.

Multnomah County, encompassing the city of Portland, opened 11 emergency “cooling shelters,” most of them in public libraries, where residents without air conditioning could escape the sweltering heat.

“This is life-threatening heat,” county health officer Jennifer Vines said in a statement.

Governor Kate Brown eased Covid-19 crowd restrictions for theaters, swimming pools and shopping malls ahead of the heat wave. Pools proved a popular choice for many seeking to cool off on Sunday, as did some public fountains.

The National Weather Service forecast high temperatures climbing to more than 30 degrees above normal in parts of Oregon and Washington state, a typically temperate region where many homes and businesses have long gone without air conditioning.

The extreme heat was attributed to a dome of atmospheric high pressure over the upper U.S. Northwest and Canada, similar to conditions that punished California and southwestern states a week earlier.

Excessive-heat warnings were posted across Oregon and Washington, stretching into parts of Idaho, California and Nevada.

In Portland, a city known for rainy weather and little sunshine, many stores were sold out of AC window units and fans. Ice was also hard to come buy, leaving some residents to chill bottles of water and soft drinks in bins of dry ice.

Several of the city’s normally bustling restaurant and bar districts were devoid of patrons on Sunday, as the extreme heat prompted many eateries to close.

“The dining room might be comfortable, but the kitchen can reach dangerous conditions,” said Dave Bortelo, owner of the Haymaker bar and grill, who shuttered his establishment for the duration of heat wave.

Sluggish business was another consideration, he added.

The daytime high in Portland reached a searing 112 degrees F (44.5 degrees Celsius), the hottest temperature recorded there since the National Weather Service began keeping daily records in 1940, according to the NWS.

In Seattle, Washington state’s largest city, the mercury climbed to an all-time high of 104 degrees F, surpassing a 2009 record of 103 degrees.

The state capital of Olympia likewise set a new benchmark high of 105 degrees, exceeding its 2009 record by 1 degree, according to the Weather Service.

The heat wave was expected to ease somewhat west of the Cascade range by Tuesday but persist through the week to the east of those mountains, it added.