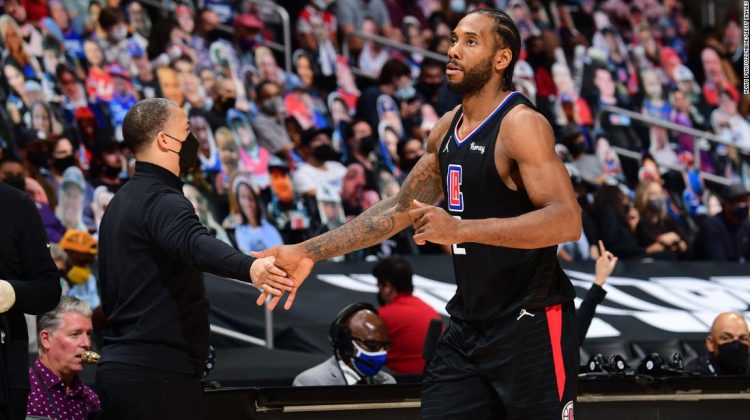 Numerous NBA stars have missed playoff games this spring with a variety of nagging injuries. Most recently, Kawhi Leonard of the Los Angeles Clippers hurt his knee in the midst of a game, an injury that sent superstar LeBron James on a three-tweet rant admonishing the league and its handling of games during the Covid-19 pandemic.

“These injuries isn’t just ‘PART OF THE GAME,'” said James, citing the shortened offseason and the players’ lack of rest. “It’s insane. If there’s one person that know about the body and how it works all year round it’s ME! I speak for the health of all our players and I hate to see this many injuries this time of the year.”

It’s not just happening in the NBA. It’s happening throughout sports.

The NFL saw a significant jump in its injury rate during the first four weeks of the 2020 season when compared to past years, one study found. In Major League Baseball, the injury rate nearly doubled compared to the rate in seasons prior to Covid-19. Similar trends have been found in soccer leagues around the world, including Germany and England.
And on Thursday Spanish tennis player Rafael Nadal, the third-ranked male player in the world, announced he wouldn’t play Wimbledon or the Olympics, a huge concession by a top player. In his announcement, Nadal said his body needed more time to rest after the French Open, which ended two weeks before the start of Wimbledon.
Covid-19 has wreaked havoc on sports around the world. The NFL in 2020 nixed its preseason, which researchers blamed for the rise in injuries during the first few weeks of the regular season. The MLB preseason was shortened and the regular season was delayed, which researchers also cited when analyzing injury rates.
The Bundesliga, Germany’s soccer league, made headlines last year as one of the first leagues to return to play — but researchers found that athletes were three times as likely to sustain injuries following the Covid-19 lockdown.

Fewer games might seem to translate to fewer injuries. But when players’ bodies are suddenly being tested in competition after months of relative inactivity, they sometimes don’t respond well.

The pandemic took a toll on athletes

The lack of rest between games has, of course, contributed to the problem. The NBA, for example, had a shortened season in 2020-2021 but still managed to squeeze 72 regular season games into about a five-month period. That’s only 10 games less than a normal NBA season, but a full month shorter — and for teams in the playoffs, the season is still going.

But lack of rest is only part of the story.

“What we’re seeing right now isn’t just because of lack of rest, it could be from the whole toll of the pandemic and resuming physical activity in competitive sports following a lockdown,” said Janet Simon, associate professor of athletic training at Ohio University.

Though it’s easy to look at the lockdown as essentially an extended offseason, Simon said that wasn’t really the case. In offseasons, professional athletes still work out and train. But with Covid-19, gyms and parks were closed, which meant physical activity was more limited for everyone. For professional athletes, that lack of movement can have an intense toll.

For example, MLB shut down its spring training last year and the date for a return to play kept getting pushed back. Some players might have worked out regularly, but with no idea if there would even be a season, others may not have, Simon said. Eventually, training began again on July 1, Opening Day was held on July 23 and baseball played a limited 60-game season rather than the full 162 games.

Preseasons should, ideally be four to six weeks long, Simon said. MLB’s, not including training before lockdown, was only three weeks.

All of this together — the lack of rest, the congested preseasons, the potentially higher workload — can lead to increased risk of injury for athletes, Simon said.

In England, the Premier League didn’t have a normal preseason and still had a packed playing schedule. Gary Lewin, a physical therapist who worked with Arsenal F.C., blamed those circumstances on the rise of injuries teams saw during the 2020-21 season.

“If you’re not fully recovered from your previous game then fatigue will set in and muscle injuries will go up, because if you have tired muscles and you load them again, they are going to break,” he explained in an interview with BBC Radio 5.

Simon uses the term “detraining” to describe a period when a person doesn’t do an activity for any period of time. Everyone, professional athlete or not, goes through it — it’s the reason why the first few workouts after a vacation can be the hardest.

For professional athletes, though, who are used to a high level of physical activity, detraining can have dangerous results.

“We do know that detraining has lots of consequences,” Simon said, pointing to decreased cardiac output, hormone issues and decreased muscular performance as a few examples. “So if all those things are happening during lockdown, and we expect those individuals to return to activity as normal, we know that’s not going to happen.”

And that, as we’ve seen, is associated with injury risk, Simon said.

Not every injury is due to the impact of Covid-19. But soft tissue injuries — such as sprains and strains in the hamstring, groin and other areas — are going to be more common, Simon said.

It checks out. In the NBA, Mike Conley of the Utah Jazz and James Harden of the Brooklyn Nets both missed multiple playoff games with hamstring strains. Jack Flaherty, a pitcher for the St. Louis Cardinals, has been sidelined with an oblique strain. Christian Pulisic, of Chelsea F.C., dealt with multiple hamstring strains during the 2020 English Premier League season, too.

It’s all part of the business of sports, Simon said. In high school sports, it’s easier to give athletes the time they need to recover. When money is on the line, though, it’s a bit more complicated.

The good news is that this period won’t last forever. Simon predicts that once sports schedules realign with pre-pandemic timelines, maybe in a year or two, the increase in injuries will no longer be an issue.

Until then, a rash of soft tissue injuries may be inevitable.