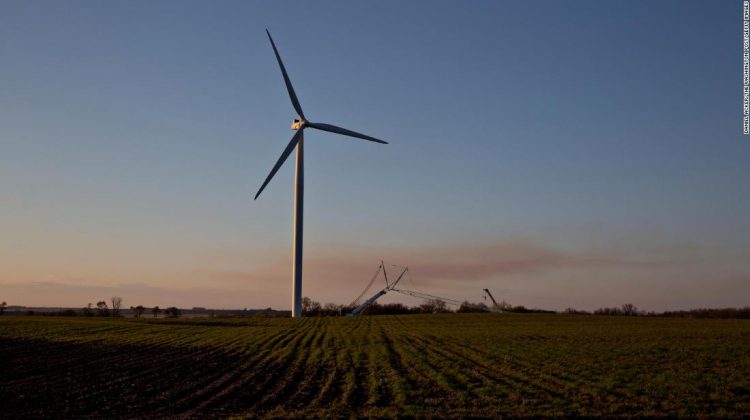 President Joe Biden is pitching his plan as an investment to benefit communities of color, rural Americans and others burdened by decay or lagging modernization.

Here’s a look at how bad things have gotten across the country.

Funding improvements to roads, bridges, railways and other infrastructure has been a central piece of Biden’s recovery plans. He has said that it will create “really good-paying jobs” and help the nation compete better.

Related: The impacts from repairing the cracked I-40 bridge
The price tag to fix the country’s bridge repair backlog is $125 billion, ASCE says. And while the Biden administration and congressional Republicans spar over the size and priorities of an infrastructure bill, those bridges are rusting and corroding. Here’s what Transportation Secretary Pete Buttigieg says about “hard infrastructure” where he hopes lawmakers can find consensus, even as they continue to squabble over the broader definition of infrastructure.

Across the country, thousands of students and teachers find themselves in outdated, crumbling schools and what Biden calls “a clear and present danger to our children’s health.”

For instance, this school taught students before the Civil War and it’s hoping Biden’s recovery plans will bring them modern necessities.

Biden wants to invest $100 billion in order to give every American access to affordable, reliable and high-speed broadband. The proposal would build a high-speed broadband infrastructure in order to reach 100% coverage across the nation.
Biden says he is committed to working with Congress to reduce the cost of broadband internet and increase its adoption in both rural and urban areas. This is what closing the digital divide did for two struggling communities, and what it can do for millions of Americans who are faced with the lack of broadband access in their communities.

Biden wants to build a “modern and sustainable infrastructure” toward his continued goal of reaching a carbon-free energy sector in the US by 2035, citing the need for new, green infrastructure that would generate millions of jobs.

Related: Biden wants millions of clean-energy jobs. Can it happen?

Biden can’t accomplish his vast, $2 trillion clean energy plan without action from Congress. Right now the President would need every Senate Democrat on board to pass any legislation needed — and he may even need Republicans signing on too if Democrats like Sens. Joe Manchin and Kyrsten Sinema continue to oppose eliminating the filibuster.

Here’s a look at the “greening of America” and how some of the reddest places on the map are those that stand to gain the most from a green energy revolution.